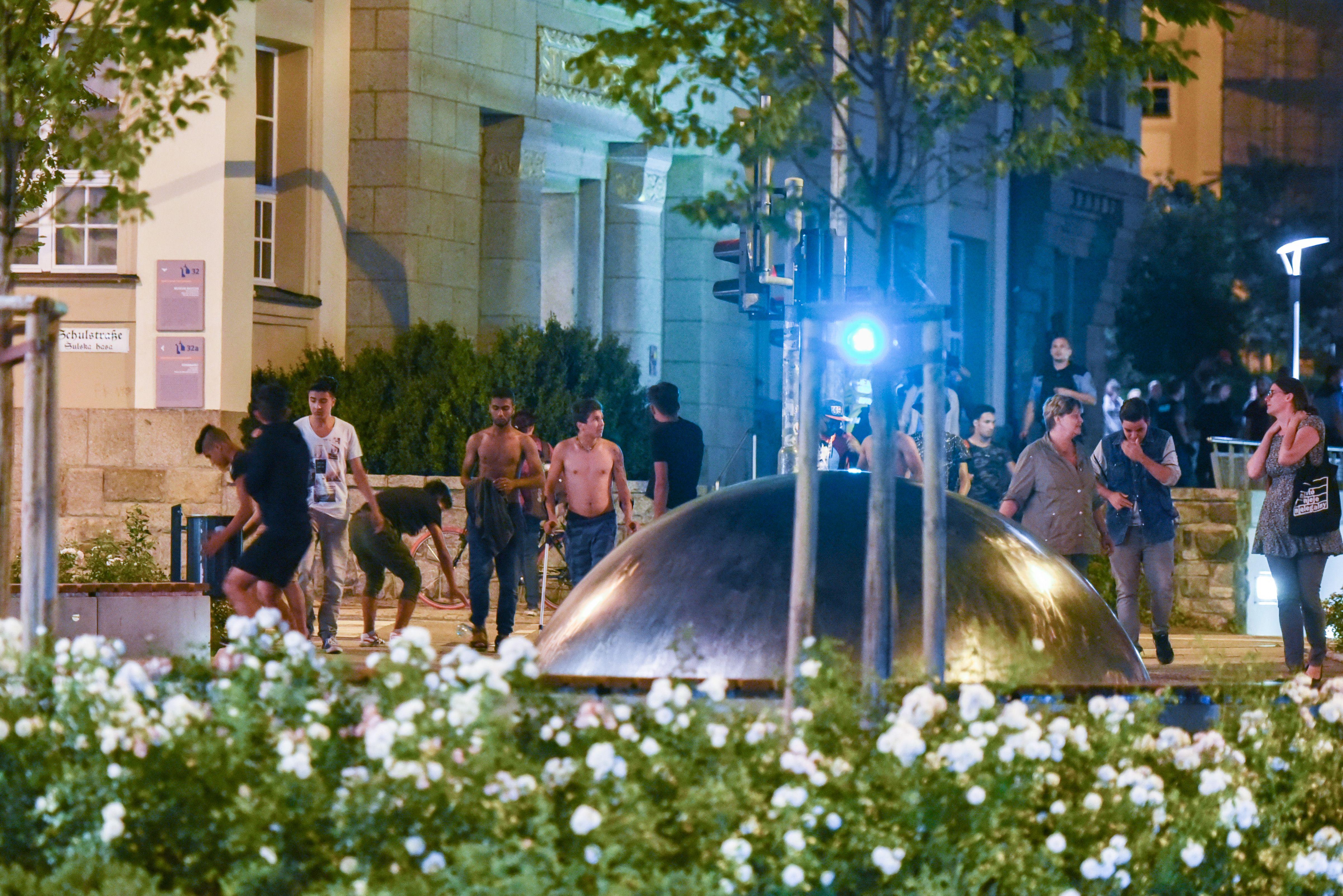 Around 80 Germans and 20 migrants attacked each other Wednesday night in Bautzen, a town between Dresden and the Polish border, local police spokesman Thomas Knaup said.

Officers trying to separate the groups as they brawled in a town square were assailed with bottles thrown by some of the asylum-seekers.

The far-right protesters shouted nationalist slogans and followed the asylum-seekers back to their shelter while police tried to keep the groups apart, according to police.

Later, some members of the far-right group threw stones at an ambulance, preventing it from reaching the shelter to attend to an injured migrant.

“I’m shocked and very worried about the escalation,” Ahrens wrote on Facebook. “I sharply condemn the growing violence in confrontations between the various groups.”

Ahrens said there had been problems between far-right German youths and young asylum-seekers during the last two weeks in the Kornmarkt square. Town officials already had discussed imposing an alcohol ban there, German news agency dpa reported.

In February, onlookers celebrated as a fire damaged a former hotel that was being turned into a refugee home in Bautzen, a case of suspected arson. And when German President Joachim Gauck visited Bautzen in March to talk about democracy, he was insulted by some locals.

Hundreds of thousands asylum-seekers arrived in Germany last year, leading to tensions in some regions. The state of Saxony, where Bautzen is located, has seen several anti-migrant incidents, although it has one of the lowest percentages of foreigners in the country.

Meanwhile, a news reporter in Greece was allegedly assaulted by a member of the Golden Dawn party as he tried to cover the far-right group’s protest against refugees on the island of Chios.

Thousands of migrants and refugees are stuck at a poorly-resourced camp on Chios. What began as a peaceful protest against their presence by members of Golden Dawn got out of control as the Golden Dawn members began marching toward the migrant camp, according to a Wall Street Journal reporter whose father, Ioannis Stevis, was the man allegedly injured.

Matina Stevis, who said her account of the incident was given as the daughter of the injured man, not in her capacity as a reporter for the Journal, said her father was recovering in hospital and was taking legal action against the local leader of Golden Dawn he accuses of hitting him.

The European Union’s border agency says the number of migrants arriving in the Greek islands has increased significantly over the last month. Frontex said in a statement Thursday that 3,430 migrants were “detected” in August, up from 2,030 in July.