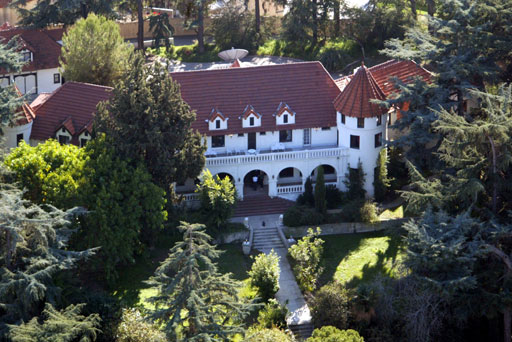 Balkan and European Union leaders called Friday for urgent action to stop ethnically motivated violence in and around Kosovo from spreading across the region.

A declaration passed by a Balkan summit in Skopje stopped just short of openly blaming ethnic Albanians, apparently due to pressure from the Albanian delegation, though most regional leaders put the blame squarely on them.

The harshest warnings came from senior EU officials, who said the fighting and "barbaric" attacks in Kosovo — including a bus bombing last week that killed at least 10 Serbs — could stop the flow of money and torpedo ethnic Albanian desires for increased autonomy for the province.

"The people of Kosovo need a wake up call, too, because it is the whole of Kosovo that risks paying — literally and figuratively — if this barbarism carries on," EU Foreign Affairs Commissioner Christopher Patten said.

"The continuation of violence will affect the fledging stability of the region as a powerful deterrent to direct foreign aid," Solana said. If ethnic Albanian leaders don't act to stop it, "some members of the international community will raise unpleasant but valid questions about whether Kosovars are ready for substantial autonomy."

In the past week, at least 14 people have been killed in Kosovo and Serbia's Presevo Valley, which is just across the boundary from the province. Macedonia has also reported the emergence of armed groups on its border with Kosovo.

It did not specify what concrete action should be taken to halt the violence which has dented Western hopes of a smooth transition to democracy in the region after the downfall of autocrat Slobodan Milosevic in Yugoslavia last year.

Yugoslavia's new reformist leadership, however, has already made clear it thinks NATO peacekeepers in Kosovo could and should be taking tougher security measures.

The peacekeepers say they are doing their best and ultimately only local people can stop the violence. Patten bluntly told Kosovo Albanians it was time to make a stand.

"It is time for every Kosovar leader, every Kosovar to make a stand — time to abandon silent indifference, time to make clear that you will not tolerate this violence, time to stand up against it and outlaw its perpetrators," Patten said.

"If it does not happen, it will be a tragedy. Because the rest of this region is moving forward now, along the road to a peaceful, prosperous future. Most people across the region are sick and tired of conflict and war," he said.

He said borders would not be changed and told Presevo Albanianssome of whom want the area to be part of Kosovo, they must start talks with Belgrade, which has offered a peace plan.

The guerrillas say they are fighting against Serb police persecution of the area's ethnic Albanian population. But NATO has said they should have nothing to fear now a democratic leadership has taken power in Belgrade.

Solana said that both NATO and the EU would consider the security situation in southern Serbia next week. Patten told Reuters Television: "I'm sure NATO will be taking decisions in the next few days."

Yugoslav President Vojislav Kostunica said both the KFOR peacekeeping force and the United Nations Mission in Kosovo (UNMIK) needed to move from words to action.

"It is important to underline that terrorism directly threatens and discredits the UNMIK and KFOR missions, that is, the entire concept for resolving the Kosovo crisis that the international community has embraced," he said.

"The international community's verbal condemnation of the campaign of terror and support to Yugoslavia's political efforts should give way to energetic steps to prevent a new crisis in southeastern Europe," he told the summit.

Only Albanian Prime Minister Ilir Meta sidestepped a direct reference to ethnically motivated terrorism, saying that his country was in favor of peace and condemning the use of violence "from whoever it may be."