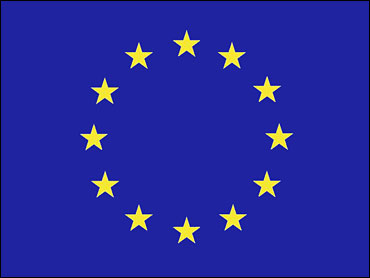 As the European Union struggles to come up with a common security policy, its new security coordinator is pushing for a unit that would share anti-terrorism intelligence among the bloc's 25 member-states and is calling for European border police to tackle illegal immigration.

However, experts threw doubt Friday on whether Rocco Buttiglione — an Italian just named as commissioner for justice, freedom and security — would have much success. The issues he hopes to address are sensitive within the EU, they said, and powerful nations have been reluctant to give up control over security policy.

Buttiglione said in remarks published Friday that new structures were needed to protect Europe from terrorism. "I am thinking of a more efficient use of European secret services through the creation of a coordination unit," Buttiglione said in an interview with Turin's La Stampa newspaper.

"It could be created under the authority of my commission office. But it would be more appropriate to insert it into the still embryonic structure created for European defense," he said.

Experts warned that Buttiglione would struggle to push through any intelligence-sharing body.

"Increasing cooperation among intelligence services is a very desirable objective. But it's also a very difficult one," said Steven Everts, a senior research fellow at the Center for European Reform in London. "Intelligence services like to share things — but on a bilateral or even trilateral basis or on an ad hoc basis."

At a summit in March, the idea of a special intelligence unit was blocked by big EU countries including France, Britain and Germany, who say they don't want to compromise intelligence-gathering. Instead, European leaders appointed European Union's first anti-terrorism czar, Gijs de Vries.

Buttiglione did not elaborate on the anti-intelligence unit, but any proposal he may make on security would have to be approved by EU member-states.

"The commission can provide a platform and it can try to stimulate them a bit in this. But it's very much the member-states who are calling the shots," said Ben Crum, a lecturer on EU political theory at the Free University of Amsterdam.

Buttiglione also called for the creation of a common European policy on illegal immigration, saying that some EU countries had not appreciated the importance of the issue.

The issue of illegal immigration is particularly visible in Italy with thousands of desperate illegal immigrants arriving each year on the country's extensive coastline, many fleeing conflict and famine in Africa.

Asked what could be done, Buttiglione told La Stampa: "The project is already there: to create a European border police."

The idea of a European border guard has been floated for years, but no progress has been made.

Experts noted that some countries might not be prepared to share the costs of a Europe-wide force, and they predicted that in coming years national forces would remain in charge.

"I think we are more likely to see as a first step minimum standards and common procedures for national border guards," Everts said.

In a separate interview with Rome daily La Repubblica, Buttiglione also said he supported the idea of setting up holding centers for would-be immigrants in countries of transit, such as Libya.

Buttiglione told La Repubblica he would support "camps that give a little relief to those who arrive, camps that would hopefully offer information for those who want to enter Europe legally and discourage those who do not have the right."

Buttiglione also said that a priority would be making European justice function with greater speed and certainty. "There is an urgent need to bring both the civil and the penal laws of the various member-countries closer," Buttiglione told La Stampa.

Before taking up his commission post in Buttiglione has served as minister for European affairs for the center-right government of Italian Premier Silvio Berlusconi. Buttiglione was not available for comment Thursday.