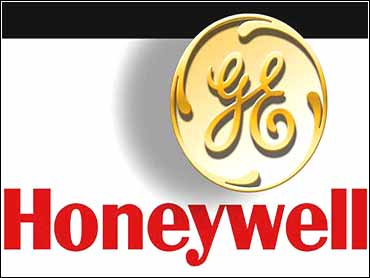 The veto of one of the world's largest industrial mergers by the EU's 20-member executive Commission was widely expected after the American companies failed to allay European fears the deal would create an unfairly dominant position in markets for jetliner engine and avionics.

"The merger between GE and Honeywell, as it was notified would have severely reduced competition in the aerospace industry and resulted ultimately in higher prices for customers, particularly airlines," EU Competition Commissioner Mario Monti said in a statement.

The Commission's decision was unanimous. It came after a one-hour meeting during which Monti presented the issues to his colleagues.

EU officials, who spoke on condition of anonymity said both companies were notified immediately after the decision.

The companies' plans now were not immediately clear. GE could either challenge the decision in court or file a new application and start the process all over again. But many believe the deal is dead.

GE spokesman Gary Sheffer said the company would not comment until it gets official word of the decision. A spokesman for Morris Township, N.J.-based Honeywell did not immediately return a phone message seeking comment.

However, the EU's objections to a deal that had already secured regulatory approval from U.S. antitrust authorities has raised American hackles.

EU officials point out that trans-Atlantic antitrust cooperation is generally good. As evidence, Monti noted that the two sides of the Atlantic usually reach the same decision, a tribute to daily contacts and close cooperation between the agencies.

Of nearly 400 cases involving U.S. companies reviewed in Brussels since 1990, only one deal — WorldCom-Sprint — was barred. And Washington moved to block it the next day.

Honeywell had offered to accept a lower purchase price, and in return asked GE to divest more of its holdings to satisfy European antitrust regulators.

By ROBERT WIELAARD
©MMI The Associated Press. All Rights Reserved. This material may not be published, broadcast, rewritten, or redistributed