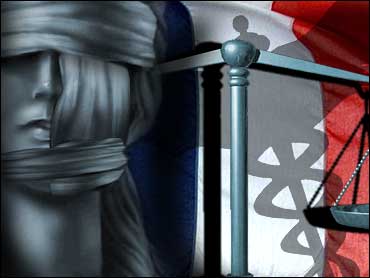 Doctors who gave a French woman the world's first partial face transplant did not try normal reconstructive surgery first, violating the advice of a French government ethics panel, a surgeon familiar with the case said Thursday.

Dr. Laurent Lantieri also said he was concerned the patient may not be fit psychologically for the operation and its demands.

The 38-year-old woman, whose identity has not been disclosed, had surgery to replace her nose, lips and chin in Amiens in northern France on Sunday. The donor was a brain-dead patient whose family gave their consent.

Although the woman was mauled by a dog in May, surgeons immediately sought a transplant donor without trying to repair her face through conventional surgical methods, said Lantieri, a reconstructive surgeon.

"She had a complete amputation of both lips. The tip of the nose was amputated," he said.

Lantieri said a surgeon in Lille who had seen the woman's medical record was concerned about her psychological suitability to endure the operation and adhere to the complex drugs needed life-long to ensure the operation's success.

The hand transplant recipient later had it amputated. Doctors said he failed to take the required drugs and his body rejected the limb.

Lantieri said he was fearful that this transplant could turn out like that first hand transplant if the patient is psychologically unstable.

Doctors stress the woman will not look like her donor, but nor will she look like she did before the attack - instead she will have a "hybrid" face, the BBC reports.

But "we still don't know when the patient will get out," Dubernard said. He refused to give any other details, saying they would have to wait until a Friday news conference.

The face transplant patient was to have a second experimental treatment today, an infusion of the donor's bone marrow, to try to prevent rejection of the new tissue.

"Maybe Jean-Michel Dubernard is revolutionizing the concept of transplantation," Lantieri said, but added that the patient now was being subjected to two untested treatments.

Lantieri, who developed his own plans to attempt a partial face transplant, said members of Dubernard's team contacted him last spring, seeking details of his protocol.

He saw a photograph of the victim, whose injury was unusually severe. He also said that a surgeon in Lille, France, where the transplant donor lived, had reviewed the woman's record and told him he was concerned about the circumstances of her injury. It involved one or two dogs, Lantieri said.

In the United States, surgeons and psychologists at two medical centers that hope to offer face transplants, the Cleveland Clinic and the University of Louisville, declined to comment Thursday on the French case.

Privately, several people involved in those plans said they feared that if the French procedure does not go well or the ethics of it become an issue, it might damage confidence in their ability to do such an operation under better circumstances with carefully selected patients.

In an interview at the Cleveland Clinic in July, surgeon Dr. Maria Siemionow stressed the several years she had spent developing procedures and how carefully her team now is working to select potential candidates for the operation.

"I hope nobody will be frivolous or do things just for fame. We are almost over-cautious," she said at the time.

Another surgeon familiar with the French case sounded more optimistic despite the woman's horrific injuries, which he said were caused by her own dog.

"She still has her own eyes, which are a lot of a person's expression ... we'd expect she'd turn out to be a pleasant-looking girl," Dr. Earl Owen told the Sydney Morning Herald in Australia.

Owen said he supervised the French surgeons as they practiced for the procedure. He said the woman will look more like herself than the donor, who he said was a woman.

"We expect the bone structure underneath to be a more powerful delineator of what the outcome will be physically than the skin and the nose and the lips," Owen told the Morning Herald.

Lantieri also said that while he had concerns, "I'm still very positive.

"Dubernard is a great surgeon. We have to wait now to see if it succeeds."