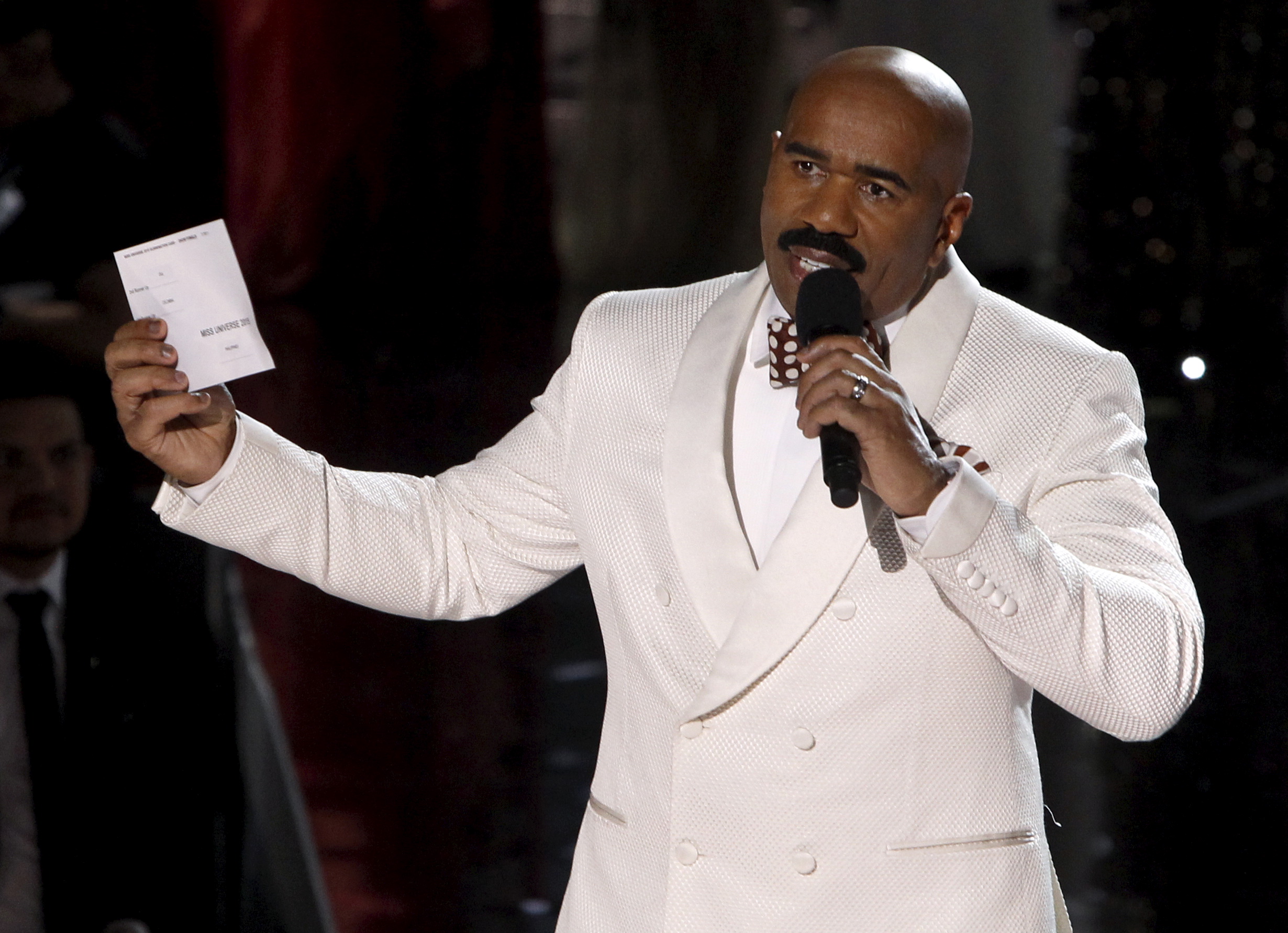 After accidentally crowning Miss Colombia instead of the real winner, Miss Philippines, Miss Universe host Steve Harvey said it was "an honest mistake" resulting from misreading the card.

"I was standing there reading the card," he explained during a backstage press conference, about the moments after announcing Miss Colombia had won the competition. "I just kept reading the card and it said, 'First runner-up' and I went, 'Oh my goodness.'"

Now, a source tells ET that Harvey missed a crucial part of the Miss Universe rehearsals. "Steve went to the beginning of rehearsals, but missed the last hour, at least," we're told. "He did not practice the ending."

"The name of the winner is not in the prompter, they don't want the girls to see it," the source explains, noting that the stage manager did know, but likely did not tell Harvey.

As for whether the mix-up may have been a publicity stunt -- it certainly has gotten the show plenty of attention -- we are told there is "no way."

"Nobody could believe it," the source reveals.

ET reached out to Harvey for comment, but have been told the comedian is "unavailable."

Miss Philippines herself, 26-year-old Pia Wurtzbach, said of her win, "I was confused. I wasn't sure what was going on. "I had to ask my [manager] many times like, 'Did I really win? Am I really Miss Universe? Are you going to take the crown from me now?'"

Wurtzbach told ET that she saw Miss Colombia, Ariadna Gutierrez, crying backstage as a group of girls comforted her, but that she has not spoken to Gutierrez about the mishap yet. "I decided that maybe it was bad timing to do it now," she said. "So, maybe I'll do that in the future."

Meanwhile, 21-year-old Miss Colombia broke her silence and gracefully stated, "Everything happens for a reason."