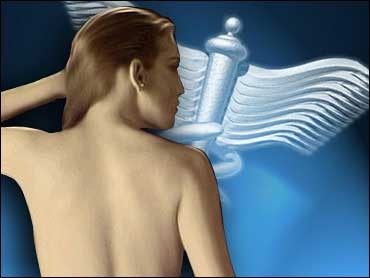 A study shows a modest increased risk of ovarian cancer among women who use some forms of hormone replacement therapy, but researchers say the findings are not strong enough to recommend changes.

The authors, however, said that the results need to be verified by other researchers and noted: "We advocate cautious interpretations of our results and do not recommend changes to current (hormone replacement therapy) prescribing practices."

In absolute numbers, the researchers said, the increased risk of cancer was only modest. For every 1,000 women on hormone therapy, there would be only two to three more cases of ovarian cancer, they said. In Sweden, ovarian cancer is diagnosed in about 1 percent of women between the ages of 50 and 75, irregardless of hormone therapy use, the authors noted.

The study is the latest to raise questions about the common practice of prescribing estrogen hormone supplements for women after menopause. The hormones are taken by millions of women to combat hot flashes, osteoporosis (the brittle bone disorder) and other complications of menopause.

"These findings would not change the benefit-risk ratio for most women," JoAnn E. Manson, the chief of preventative medicine at Harvard's Brigham and Women's Hospital in Boston, said of the Swedish study.

She said that clinical decisions about hormone replacement therapy should be based on other factors, such as controlling hot flashes and preventing the brittle bone disease.

"Short term use of hormone therapy for treatment of hot flashes should not appreciably increase the risk of these cancers," Manson said. "We can still be reassuring to most women who use the therapy for a short time."

In the new study, eight researchers found 655 women on the Swedish cancer registries who had epithelial ovarian cancer and 3,899 cancer-free women. The women were between the ages 50 and 74.

The researchers sent the women forms asking questions about their history of HRT use and other factors that could affect their risk of ovarian cancer.

By analyzing the responses, the researchers found that women who had used estrogen alone were 43 percent more likely to have ovarian cancer than women who did not use HRT. For women who used the estrogen therapy along with the periodic use of progestins, another hormone, there was a 54 percent increased risk of ovarian cancer compared to HRT non-users. However, for women who took estrogen pills combined with progestins there was no increased risk of the disease.

Women who were on the therapy for 10 years or more had the greatest risk of ovarian cancer, the study concluded.

The first author of the study is Dr. Tomas Riman of the department of obstetrics and gynecology at Falu Hospital in Sweden.