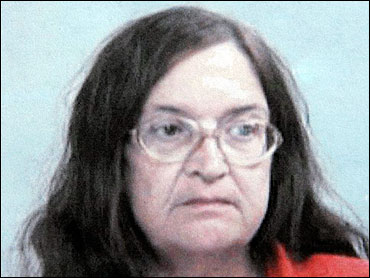 A 35-year hunt for an escaped Indiana inmate convicted of killing her husband has ended in a small Tennessee town, where the woman had remarried and raised a family, authorities said Tuesday.

Linda Darby, 64, was arrested Friday in this town of about 7,800 people near the Alabama border living under the name Linda Joe McElroy. She waived an extradition hearing and was waiting to be moved to Indiana, Giles County Sheriff Kyle Helton said.

Helton said he was slightly acquainted with Darby and thought she had been living in Pulaski for at least 30 years.

"As far as I know she never had any criminal history after she came here," he said. "She never got into any trouble. She led a flawless life."

Darby declined through a sheriff's spokesman to be interviewed by The Associated Press.

However, she told WSMV-TV of Nashville that she is innocent.

She had seven children and was married three times, said Karen Cantou Grubbs, a spokeswoman for the Indiana Department of Correction. Two of her children are with her third husband, whom she married in Tennessee, Grubbs said.

Darby had been convicted in the 1970 shooting death of her husband, Charles R. Darby. His body was found at the couple's Hammond, Ind., home in the bedroom, which had been set on fire and reeked of kerosene and gasoline.

She was sentenced to life in prison, but she escaped from the Indiana Women's Prison in March 1972 by climbing over a barbed-wire fence.

She apparently lived a quiet life in the town without any criminal background since moving there, according to authorities and neighbors. No criminal records under her alias in the area could be found.

Darby's home, listed under her alias, sits in a quiet residential neighborhood on a hill near downtown Pulaski.

The small, one-story yellow home is well-kept with flowers planted in the yard and a pasture with horses behind it. No one was home when an AP reporter visited Tuesday morning.

WSMV-TV reported she had cleaned houses for a living.

Neighbor Alex Harwell, 77, said he didn't know Darby well but often saw her around the neighborhood.

"She was real nice," he said. "It makes you wonder; when someone's been out of trouble for 35 years, what's the point of putting them in jail?"

Pulaski Police Capt. John Dickey said investigators in Indiana had contacted the department about Darby and authorities from both states worked together to track her down.

The arrest came two weeks after the start of the Indiana Department of Correction's new Indiana Fugitive Apprehension Unit, which aids in the recapture of offenders who have escaped, fled residential programs or vanished while on parole.

That unit was created through a change in Indiana law approved by the General Assembly last session. Since the unit's creation, two other fugitives have been identified and apprehended.