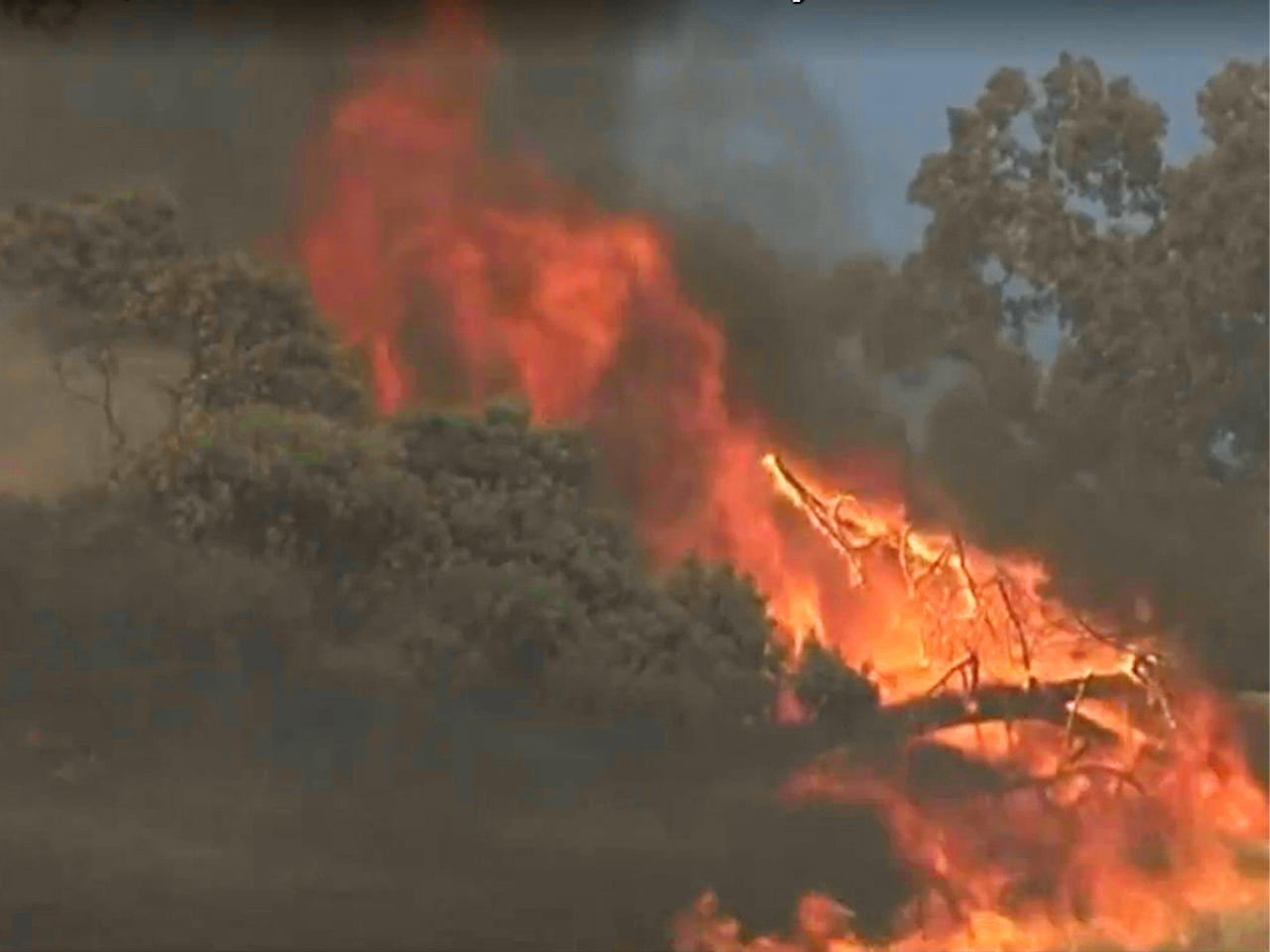 CLOVERDALE, Calif. -- A wildfire that erupted amid hot, dry conditions and gusty winds in Sonoma County north of San Francisco has sent about 90 people fleeing from their homes.

The California Department of Forestry and Fire Protection says the blaze in rural Cloverdale began Sunday morning and spread to 1,500 acres, or more than 2 square miles.

Fire spokesman Paul Lowenthal says about 90 people in 36 homes were evacuated, and that the fire was threatening the Geysers geothermal field.

No injuries have been reported and no structures have been damaged or destroyed, Cal Fire Capt. Tiffany Mercado said. The cause is under investigation, CBS San Francisco reported.

Firefighters were battling the blaze in steep terrain, temperatures in the high 90s, and strong winds in the higher elevations of northern Sonoma and northern Napa counties.

The fire is about 10 percent contained.

Firefighters with the Santa Rosa Fire Department tweeted at 2:18 p.m. that multiple resources had responded. By 3:39 p.m. the fire’s forward progress had been stopped and firefighters had kept the fire to five to seven acres.

No one was injured and no buildings were damaged, Cal Fire officials said. No evacuations were necessary. The cause is under investigation, according to Cal Fire.