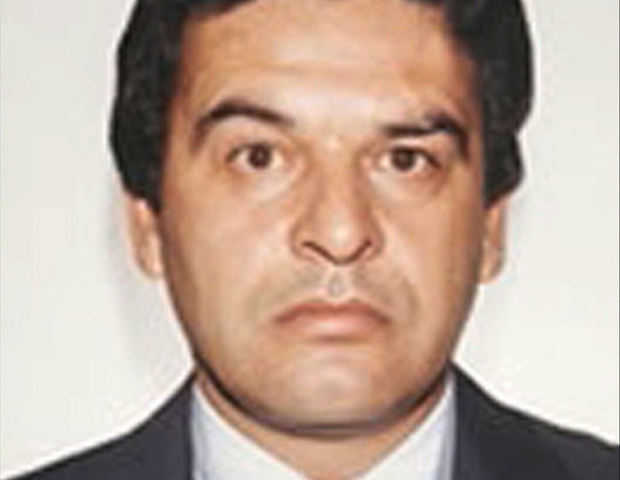 MEXICO CITY Defense attorneys believe freedom is imminent for a second member of the trio of Mexican drug kingpins responsible for the 1985 slaying of a Drug Enforcement Administration agent, one of the capo's attorneys said Saturday. In the U.S., outrage grew over this week's surprise decision to overturn Mexican drug lord Rafael Caro Quintero's conviction in the notorious killing.

Caro Quintero walked free Friday after a federal court overturned his 40-year sentence in agent Enrique "Kiki" Camarena's kidnapping, torture and murder. The three-judge appeals court in the western state of Jalisco ordered Caro Quintero's immediate release on procedural grounds after 28 years behind bars, saying he should have originally been prosecuted in state instead of federal court.

Also imprisoned in the Camarena case are Ernesto Fonseca Carrillo and Miguel Angel Felix Gallardo, two of the founding fathers of modern Mexican drug trafficking, whose cartel based in the northwestern state of Sinaloa later split into some of Mexico's largest drug organizations.

Fonseca Carrillo's attorney, Jose Luis Guizar, said his team had filed an appeal based on the same procedural grounds used by Caro Quintero, and expected him to be freed within 15 days by a different court in Jalisco.

"The appeal is about to resolved. We believe that the judges will stick to the law," Guizar said. "Fonseca Carrillo should already on the street. He should be at home. At its base, the issue is the same as Rafael's. "

He said he had not spoken to Felix Gallardo's attorneys about their expectations for that case. Mexican officials did not respond to calls seeking comment Saturday.

Camarena's murder escalated tensions between Mexico and the U.S. to perhaps their highest level in recent decades, with the Reagan administration nearly closing the border to exert pressure on a government with deep ties to the drug lords whose cartel operated with near impunity throughout Mexico.

The U.S. Department of Justice said Friday that it found the Mexican court's decision to free Caro Quintero "deeply troubling," but former DEA agents said they were pessimistic that the Obama administration would bring similar pressure to bear.

"We are extremely disappointed," James Capra, chief of operations for the DEA, told CBS News correspondent Sharyl Attkisson about Caro Quintero, "and more than that, we are angry. We are mad. This is personal. Never did we think this was gonna happen."

Nearly 20 years after the enactment of the North American Free Trade Agreement, U.S.-Mexico trade exceeds $1 billion a day. The two countries have worked closely against drug cartels over the last seven years, with the U.S. sending billions in equipment and training in exchange for wide access to Mexican law-enforcement agencies and intelligence.

The U.S. said little last year after Mexican federal police opened fire on a U.S. embassy vehicle, wounding two CIA officers in one of the most serious attacks on U.S. personnel since the Camarena slaying. Twelve police officers were detained in the case but there is no public evidence that the U.S. or Mexico pursued suspicions that the shooting was a deliberate attack by corrupt police working on behalf of organized crime.

"I'm sure there's going to be a lot of complaints about it but do we have a Department of Justice that's going to stand up for this right now? I don't think so," said Edward Heath, who ran the DEA's Mexico office during the Camarena killing. "Everybody's happy, businesswise. Trade is fine, everybody is content."

President Enrique Pena Nieto, who took office in December, has been restricting U.S. access as part of a broader shift in Mexican law-enforcement strategy from taking down cartel chiefs to reducing daily violence, particularly extortion, kidnapping and homicide. That shift has raised doubts in Washington about Mexico's ongoing commitment to fighting drug trafficking, doubts that grew stronger Saturday after Caro Quintero marked his second full day as a free man, with no public sign of his whereabouts.

The U.S. alleged as recently as June that Caro Quintero continued to run an extensive drug ring from behind bars, working with the Sinaloa cartel to move drugs and launder the proceeds through a string of front businesses.

Congressman Henry Cuellar, a Texas Democrat who closely follows Mexican politics, said Pena Nieto's government appeared to have been caught off guard by the decision to free Caro Quintero but the capo's liberation was nonetheless a blow to relations with Washington.

"We've been asking Mexico to follow the rule of law and I don't know if this exactly the rule of law that they're following," he said. "There should have been some sort of heads up notice that this was going to happen.

"I hope this is not a foreshadowing of what might be coming in from this administration," Cuellar said. "I don't think so but the appearance doesn't look very good right now for U.S.-Mexico relations."

The Wednesday ruling for Caro Quintero remained secret for two days, the Department of Justice said, with the U.S. learning about it Friday morning about the same time as the news media, hours after Caro Quintero left prison.

"The retired agents that I have spoken to are extremely upset," said Joe Gutensohn, president of the U.S. Association of Former Federal Narcotics Agents. "They consider this just another slap in the face for our efforts to stem the drug trade in Mexico."

Mexico's attorney-general said there appeared to have been a serious error in the court's reasoning and said he would get involved in the case but offered no specifics.

While some experts said the ruling may have been part of a broader push to rebalance the Mexican legal system in favor of defendants' rights, Mexican and current and former U.S. officials expressed deep skepticism that correct procedures were followed.

Attorney-General Jesus Murillo Karam said the First Appellate Court had "completely ignored" Supreme Court precedent in dismissing the case instead of referring it back to the state courts.

Caro Quintero ordered Camarena killed, purportedly because he was angry about a raid on a 220-acre (89-hectare) marijuana plantation in central Mexico named "Rancho Bufalo" -- Buffalo Ranch -- that was seized by Mexican authorities at Camarena's insistence.

Camarena was kidnapped in Guadalajara, a major drug trafficking center at the time. His body and that of his Mexican pilot, both showing signs of torture, were found a month later, buried in shallow graves. American officials accused their Mexican counterparts of letting Camarena's killers get away. Caro Quintero was eventually hunted down in Costa Rica.