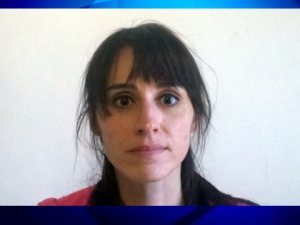 (CBS/WCBS/AP) NEW YORK -- Erin Sayar, a Brooklyn public high school teacher arrested on rape charges in connection with an affair with a 16-year-old student, is expected to appear in court Friday.

According to CBS New York, Special Commissioner of Investigation for New York City schools Richard Condon said the student confessed to having relationship with Sayar and engaging in sexual relations with her on multiple occasions.

Condon reportedly said Sayar, who is married with a child, in one encounter picked the 11th grade student up at his home around midnight late last year and then "took him to Marine Park where they engaged in sexual intercourse in her SUV."

Condon says the alleged relationship came to light because of Facebook messages the teacher and student had sent each other, CBS New York reports. The teen's girlfriend saw the messages and alerted the school.

If convicted, Sayar faces up to four years in prison.