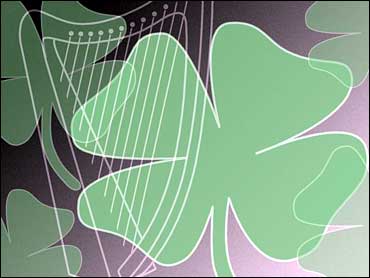 For decades, the mildewed brick and decay of Dublin's derelict Docklands were the last thing many Irish emigrants saw of their homeland before they boarded the ferry to Britain in search of work.

These days, the place is being transformed into a land of rare opportunity — and a powerful magnet for ambitious people from around the world.

The new Docklands — where scores of cranes feed the frenzy for new hotels and gleaming office blocks — offer a vibrant microcosm of Ireland's rise from Europe's emigration black spot to its "brain gain" capital. Poles, Iranians, Swedes, Chinese and Nigerians are among the throngs performing tasks ranging from hawking fast food to writing software code. In the middle of it thrives a symbol for this new, immigrant-rich Ireland: the rapidly expanding European headquarters of Internet search-engine giant Google Inc.

"A lot of companies are moving out of Europe, but it's the opposite in Ireland. The companies that have located here, like Google and Yahoo and eBay and so many others, are very attractive. So the place is very young and very international. It's really quite magnificent," said Renate Myhrstad, a 26-year-old Norwegian who is Google's training manager in Dublin.

The unprecedented wave of immigration comes on the back of a friendly invasion of high-tech multinationals that largely picked Ireland, rather than continental Europe, because Ireland's 12.5 percent tax rate on corporate profits is the lowest in Europe. The jobs sections of Irish newspapers are full of ads from household-name manufacturers of computers, software, pharmaceuticals and biotechnology, and the companies are casting a net throughout the 25-nation EU to come to Dublin. Ireland now boasts the European Union's highest per capita gross domestic product of $37,738.

"This is a very, very different place than the Ireland I left in 1993. It's focused on solutions instead of problems. It's a very innovative place where young, smart people thrive," said John Herlihy, a University College Dublin-trained accountant who emigrated to California to work for Oracle Corp. and Adobe Systems Inc. at a time when Ireland's unemployment rate was an EU-high 18 percent.

He returned home last year to an Ireland with unemployment at an EU-low 4.4 percent.

Herlihy is director of online operations in Dublin for Google, whose tiny office, established three years ago, has ballooned into a European headquarters with 800 employees, 70 percent of whom aren't from Ireland. Herlihy says they speak 37 languages. The company plans to hire another 600 university-educated, mostly foreign people to work in a second, identically designed office block being constructed next door to its current home.

"Ireland has become the launching pad for U.S. technology companies into Europe," Herlihy said. "It's very easy to set up and do business here, and the Irish are very culturally attuned to the United States."

More than 1,000 multinationals have operations here; about half are American-based, and about a third conduct research and development in Ireland. Besides the obvious benefits of Ireland's rock-bottom tax rate — a third of the U.S. rate of 35 percent, and much better than the western European average of 30 percent — American companies also like Ireland's command of English. Ireland also is considered better than Britain because the Irish use the convenient euro common currency.

Since 2004, Ireland also has offered a 20 percent tax credit for company spending on research and development. Science Foundation Ireland, which the government established six years ago, sponsors the work of foreign researchers at Irish universities and businesses here with hopes of more R&D in mind.

Ireland ranks at the top of the EU's 15 original members in having enterprises with innovation activity, according to a 2004 Eurostat report. Britain placed third from bottom, tied with Italy. The economic currents that drove millions of Irish to the United States are pulling them back across the Atlantic. Since 2001, more than 130,000 Irish people have returned from the U.S. to their homeland, a huge influx in a country of just 4 million.

Ireland was one of three countries — along with Britain and Sweden — to allow unrestricted access to their labor markets when 10 new members joined the EU in 2004. That decision has opened a tide of jobseekers from Eastern Europe; more than 130,000 Poles already live here, and on average 10,000 more Eastern Europeans arrive every month.

Many shops, particularly leasers of construction equipment, have taken to posting signs in Polish rather than English on their windows.

"If you have ambition in Poland, you come to Ireland," said Jerzy Poborsky, a construction worker on one of the dozens of new office blocks, apartments and hotels sprouting in the Docklands along Dublin's River Liffey.

He pointed across the river toward Ireland's financial district, the oldest part of the riverside renaissance.

"My brother and a cousin are working over there now," Poborsky said, gesturing to one distant cluster of cranes and exposed concrete. "I think that's a new bank. The other ones, they are already too full of money," he quipped.

Immigration hasn't harmed Ireland's low unemployment. Economists say the newcomers largely create jobs or take jobs that Irish people no longer want. A decade ago, when unemployment was about 15 percent, low-paid service jobs were almost exclusively Irish. The new workers also provide a gastronomic choice unthinkable in the Ireland of the early 1990s, where options were strictly limited to hamburger bars, stodgy pub grub and Chinese, the oldest of Ireland's ethnic minorities. Today on Henry Street, Dublin's best shopping boulevard, there are Indian spice wholesalers, halal butchers and food markets that are closer in spirit to Krakow than Cork.

In the Google lounges, recruits recount tales of training in continental Europe and the United States — and ending up happily in Ireland.

"The job could have been anywhere. Ireland wasn't an issue," said Thomas Bering, a 31-year-old Dane who arrived in January 2005 and provides support to Danish Web sites. "But it is now. Ireland has the most fantastic, friendly people. It's a much nicer place to put a multinational than Denmark."