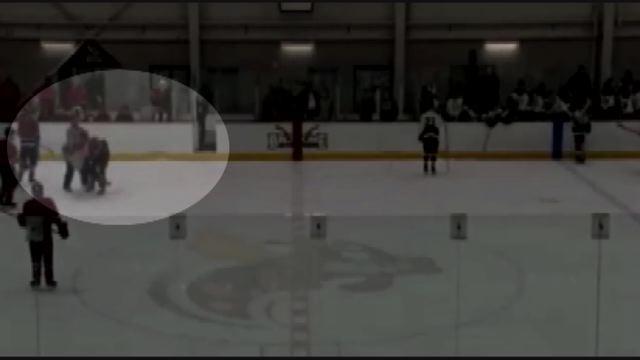 Freshman defenseman Brandon Day went after the referee with 39 seconds left and the officials decided to end the game at that point.

Video provided by SUNY Broome Community College to CBS affiliate WBNG shows the player exiting the penalty box and slamming the official to the ice.

WBNG reports that Day was detained and faces charges. The referee who was attacked told the station that he’s “a little sore but okay.”

Bottineau won its 10th title, beating Erie in the championship for the second straight year. Erie won in 2015.

Harrison Aide gave Bottineau a 5-4 lead with a power-play goal at 39 seconds of the third period. Charles Joly and Andrew Carriere finished the scoring.

The game marked the end of the NJCAA hockey championship, with the competition being dropped because of a lack of teams.