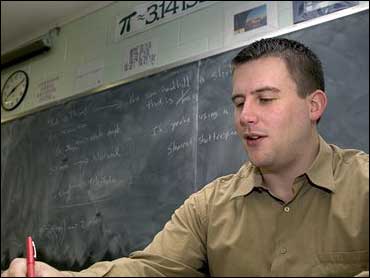 Dennis Erickson, who won two national titles at Miami but was fired after four disappointing seasons with the Seattle Seahawks, will be hired as the new coach at Oregon State, a source told The Associated Press on Monday.

Erickson will replace Mike Riley, who last week was named the new coach of the San Diego Chargers, a source said on condition he not be identified.

Erickson reportedly arrived on campus Monday evening and said he looked forward to taking over a program that has an NCAA-record 28 straight losing seasons.

"I'm excited about the challenge," he told The Oregonian. "That was why I was interested. I've sat back the last couple of weeks and looked at what I wanted to do with my coaching career. I did some soul-searching.

"I've been a lot of places, so I sat back and looked at what was best for Dennis Erickson. I found myself looking at the college level."

Erickson, 51, was fired Dec. 28, one day after the Seahawks ended their season 8-8. In four years Erickson had a record of 31-33 and no playoff appearances. Former Packers coach Mike Holmgren was hired to replace him on Friday.

The hiring is a major coup for Oregon State, which went 8-14 in Riley's two years but was 5-6 this past season the first five-win season since 1971 for the Beavers.

Oregon State athletic director Mitch Barnhart criss-crossed the country looking for a new coach, flying aboard a private jet loaned to him by a university booster.

Erickson has one year remaining on his contract for next season, for which Seahawks owner Paul Allen will pay him $1 million. If Erickson took another NFL job, he would not receive the final year's salary, but he would be paid the $1 million if hired by a college program.

Oregon State nearly hired Erickson in 1984, after his third year at Idaho. When Joe Avezzano was fired after winning only six games in five seasons, a three-person search committee unanimously recommended Erickson to John Byrne, then OSU president.

Byrne rejected the recommendation, and instead hired Dave Kragthorpe, who went 16-38-1 over the next five seasons.

Erickson left Wyoming in 1986 after one season and went to Washington State for two seasons before going to Miami.

No details were immediately available on Erickson's contract terms.