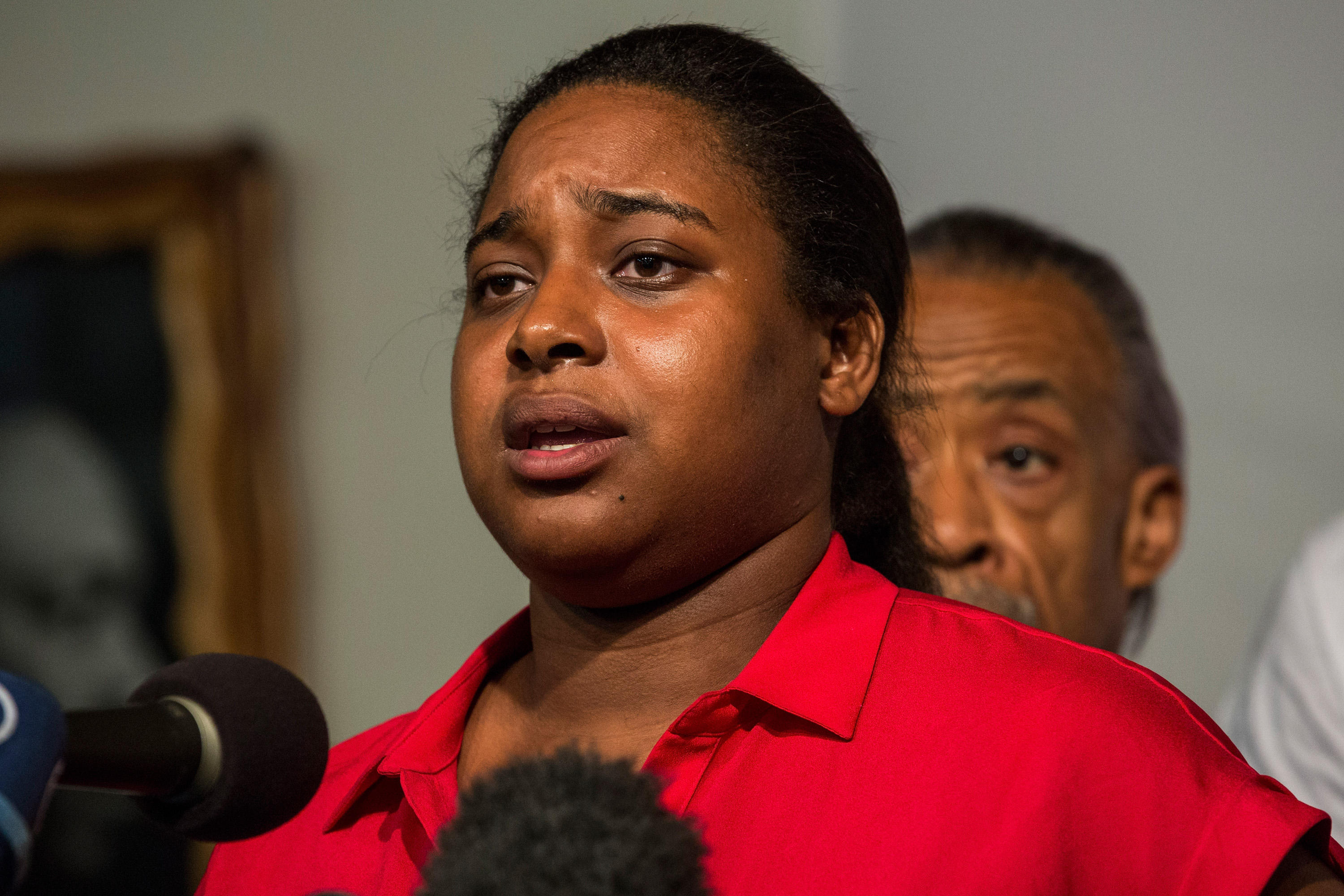 NEW YORK — The oldest daughter of a New York City man killed by a police chokehold has been hospitalized in critical condition after suffering a heart attack.

The woman's father, Eric Garner, died after a white police officer put him in a chokehold while arresting him on Staten Island in July 2014. A video of the arrest showed Garner gasping for air and repeatedly saying, "I can't breathe." A grand jury declined to charge the officer, Daniel Pantaleo, in Garner's death. The family later reached a $5.9 million settlement with the city.

Snipes-Garner says her daughter suffered her first heart attack not long after giving birth to a baby boy in August. Doctors said the pregnancy had put a strain on her heart, which was later found to be enlarged.