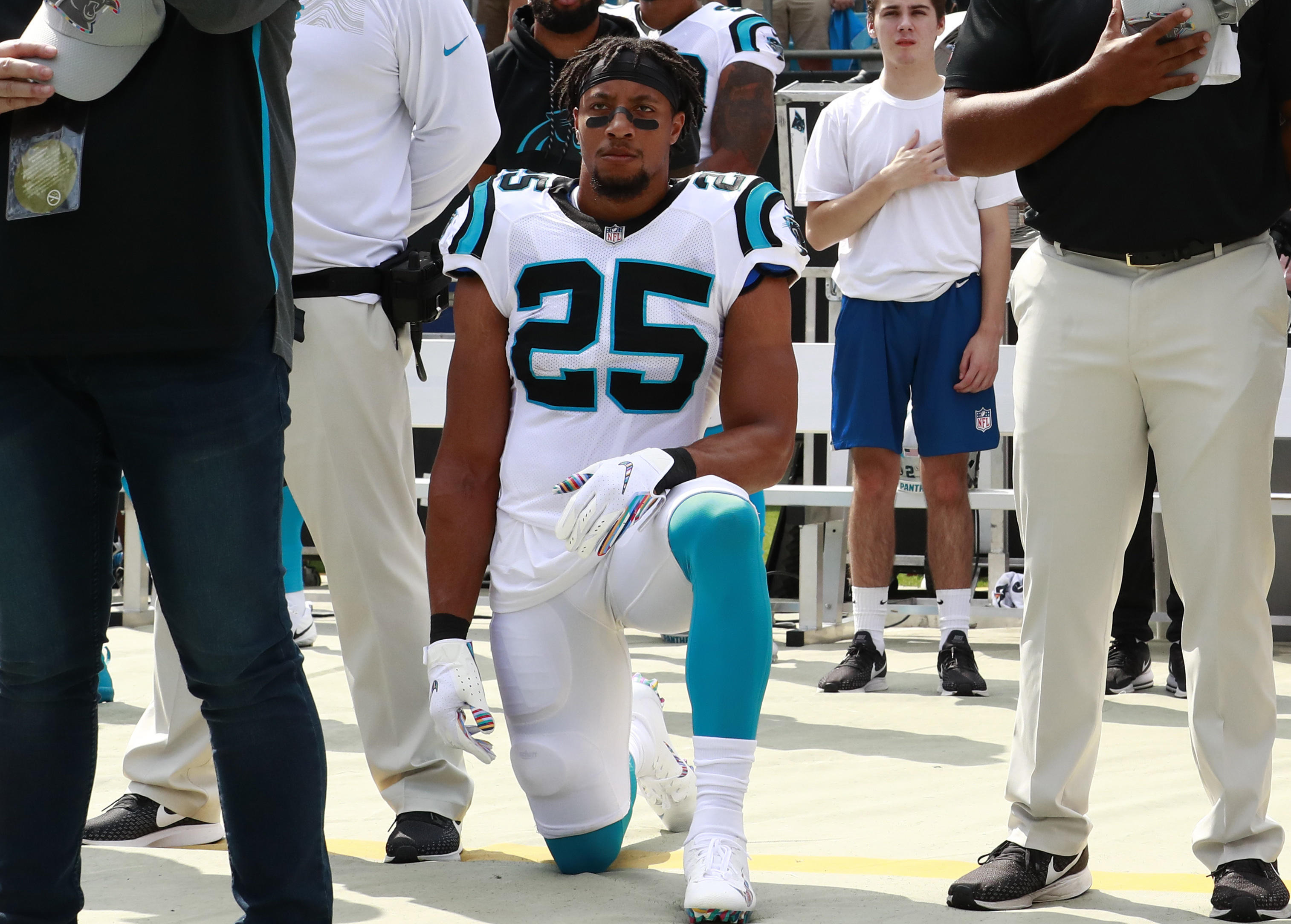 Carolina Panthers safety Eric Reid knelt during the national anthem in protest of racial and social injustice before Sunday's game against the New York Giants. Reid is the first Panthers player to kneel during the anthem. The Panthers went on to win the game 33-31.

With a large American flag in the middle of the field, Reid went to his right knee as the "The Star-Spangled Banner" was sung by Marc Martel. None of Reid's new Carolina teammates joined him or stood near him at midfield.

The 26-year-old Reid made his return to the NFL after signing with the Panthers on Sept. 27, four months after filing a grievance against the NFL alleging teams colluded against signing him during free agency after he knelt during the anthem alongside 49ers quarterback Colin Kaepernick.

Reid was the first player to join Kaepernick by taking a knee back in 2016 to protest racial and social injustice. Kaepernick tweeted his support of Reid on Sunday.

Reid said in a news conference last week he was undecided whether he would continue to kneel for the anthem. On Wednesday, he said he was "still considering other ways" of protesting and raising awareness, adding that he was "still evaluating the scope of our country and will make that decision later."

However, Reid made it clear he would continue to fight against racial and social injustice along with Kaepernick. Reid, who is African-American, said he will continue to "stand up for my people."

Reid's new teammates, including wide receiver Torrey Smith, a member of the Players Coalition, said this past week that potential protests would not be a distraction for the Panthers. Smith said "no one cares" if he kneels during the anthem.

His former teammate Kaepernick remains an unsigned free agent. However, he congratulated Reid on Twitter rejoining the league after he signed a one-year deal with the Panthers.

"Should have been signed the 1st day of free agency," Kaepernick tweeted. "He was the 1ST person 2 kneel alongside me. Eric is a social justice warrior, continues to support his family and communities in need."