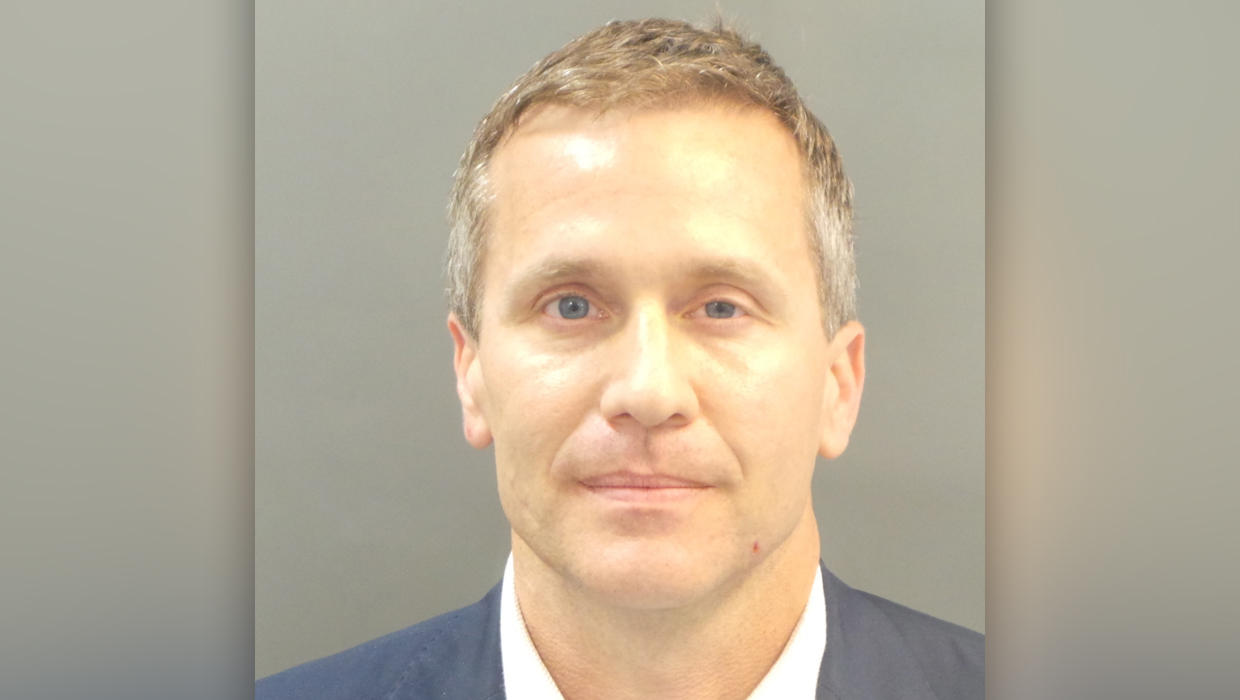 ST. LOUIS --  A St. Louis grand jury has indicted Missouri Gov. Eric Greitens on a felony invasion of privacy charge for allegedly taking a compromising photo of a woman with whom he had an affair in 2015, the city circuit attorney's office said Thursday. The charge says Greitens knowingly took a photograph of a woman in a "state of full or partial nudity without the knowledge and consent" of that woman, CBS affiliate KMOV reports.

The charge also alleges the photograph was taken "in a place where a person would have a reasonable expectation of privacy, and the defendant subsequently transmitted the image contained in the photograph in a manner that allowed access to that image via a computer."

St. Louis Circuit Attorney Kim Gardner launched an investigation in January after Greitens admitted to an affair with his St. Louis hairdresser that began in March 2015. In an audio recording obtained by KMOV, the woman said she had a sexual encounter with Greitens and that he tried to blackmail her with a photo to keep the encounter quiet.

Greitens has repeatedly denied the blackmail allegations. He has also repeatedly declined to answer direct questions about whether or not he took a photo of the woman.

Gardner declined comment beyond a brief news release, but spokeswoman Susan Ryan confirmed the indictment stemmed from a photo Greitens allegedly took of the woman.

Greitens was taken into custody in St. Louis and released on his own recognizance, Ryan said.

The woman told her then-husband, who was secretly taping the conversation, that Greitens took the compromising photo of her at his home and threatened to use it as blackmail if she spoke about the affair. A news release from Gardner says it is a felony if a person transmits an image "in a manner that allows access to that image via a computer."

Greitens released a written statement that reads in part: "I have said before, I made a personal mistake before I was Governor. I did not commit a crime. With today's disappointing and misguided political decision, my confidence in our prosecutorial system is shaken, but not broken. I know this will be righted soon. The people of Missouri deserve better than a reckless liberal prosecutor who uses her office to score political points. I look forward to the legal remedies to reverse this action. This will not for a moment deter me from doing the important work of the great people of Missouri."

Greitens' attorney, Edward L. Dowd, released a statement saying: "In forty years of public and private practice, I have never seen anything like this. The charges against my client are baseless and unfounded. My client is absolutely innocent. We will be filing a motion to dismiss."

Greitens, a Republican, was elected governor in November 2016.