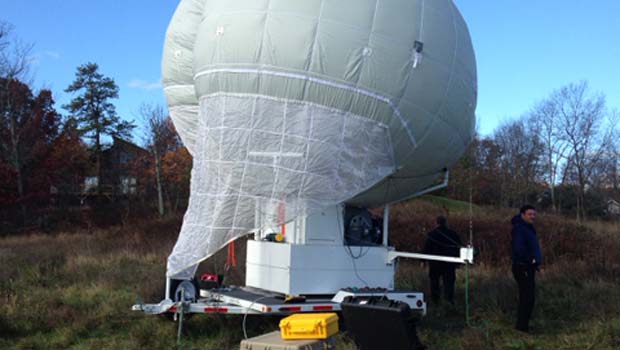 CANADENSIS, Pa. -- Pennsylvania State Police say they're using a device similar to a weather balloon in their search for a suspect in the killing of a state trooper last month.

Trooper Tom Kelly, a state police spokesman, said Monday the Ohio Department of Transportation donated the use of the large, unmanned Mylar balloon.

He says the device provides troopers with a similar level of technology and coverage at a fraction of the cost of traditional aircraft. It's also silent.

Kelly says the balloon is experimental and among several technologies they're using in the search for 31-year-old Eric Frein.

Monday is day 45 of the search.

The manhunt is affecting Halloween in the area. CBS affiliate WYOU-TV reports that trick-or-treat night in Barrett Township was canceled. Instead, a "trunk-or-treat" event was held Sunday at a local school's parking lot, where costumed children went from car to car looking for candy.