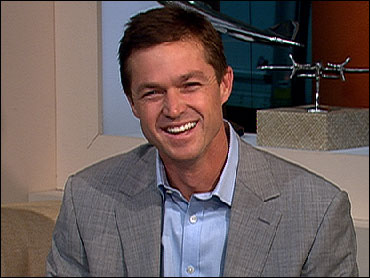 "Without A Trace" star Eric Close now looks at the world through a different lens.

Close has just returned from a life-changing trip to South Africa, where he and his wife visited schools and villages that have been affected by the AIDS epidemic.

"It was the first time. It was on that bucket list," Close told Early Show co-anchor Harry Smith.

In conjunction with CBS' Watch Magazine, which promotes CBS shows and takes their stars around the world on exotic trips, Close got the opportunity of a lifetime.

The journey provided Close the opportunity to spend some time with orphans suffering from HIV or AIDS.

He said that there is a lot of misunderstanding by governments who tend to have an archaic perspective on the disease and how to treat and control it.

"That's what is so great about what the Africa Foundation is doing with CC Africa (Conservation Corporation Africa, which generates money from tourist safaris). They put their dollars back into helping the community and their mission is taking care of the land, the animals and serving the people of Africa. They do that for the Africa Foundation, which we do the PSAs (Public Service Announcements) for. They are educating the kids about their surrounding areas."

Not only are the orphans without parents and are suffering from HIV and AIDS, oftentimes they don't even get to see the incredible wildlife that surrounds them - a contributing factor that could be utilized for their livelihood.

"Some kids who live in these villages haven't even seen an elephant that is only 50 miles away. They take them out to the brush and introduce them to the wildlife," Close explained.

Close and his wife were able to take in Africa's natural beauty as well.

"It was unbelievable, everything we saw. We saw kills, lions taking down zebra and we saw elephants. The only thing that we didn't see was cheetah," he said.

"You have to go," Close added. "Take your Nikon and shoot some pictures and I'll tell you, it's pretty amazing."

Close, now a changed man, will return to "Without A Trace," where he will continue to act and also direct two more episodes.