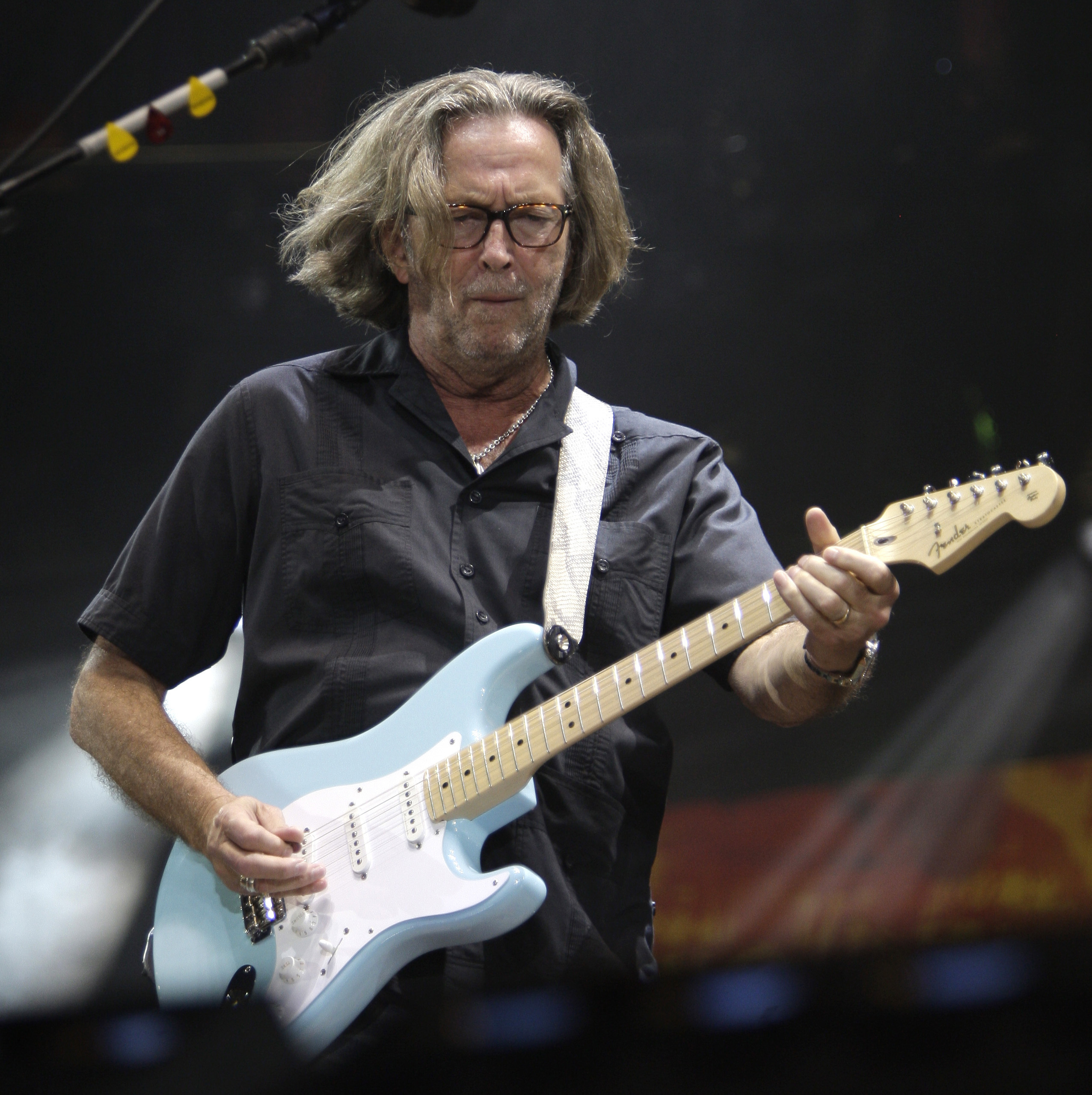 (CBS/AP) Talk about Blues Power. Some of the guitars  on which rock legend  Eric Clapton may  have  played  that song brought in a pretty penny at auction in New York.

A Clapton auction on Wednesday at Bonhams New York included 75 guitars and 55 amps, with a total sale of $2.15 million.

Proceeds from the auction were to benefit a drug and alcohol treatment center Clapton founded in the West Indies.

The 65-year-old British Rock and Roll Hall of Famer is a recovered addict who established the nonprofit Crossroads Centre in Antigua in 1998.

An original custom-made black Fender "Eric Clapton" signature Stratocaster also sold for much higher than the presale estimate of $20,000. The prized possession sold for $51,240, including the buyer's premium. It had been used during the Cream Reunion Shows in New York and London in 2005.

The most expensive guitar to be sold at an auction, according to Bonhams' expert Carey Wallace, is Clapton's "Blackie" that sold for $959,500 at Christie's in 2005.

Netflix's "The Watcher" is based on a true story. Here's the history of the house and its stalker