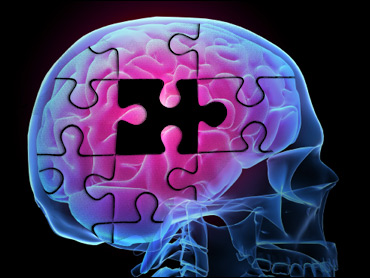 (CBS) Call it encouraging news for people with epilepsy.

A new study suggests that brain surgery is underused as a treatment for hard-to-control cases of the common seizure disorder. It showed that the surgery curbs seizures in roughly half of people who undergo it, with 52 percent of patients seizure-free five years after surgery and 47 percent seizure-free after 10 years.

The study, in which 615 people who had undergone various surgical procedures for epilepsy were followed for an average of eight years, was led by researchers at University College London's Institute of Neurology. It was published in the Oct. 15 issue of Lancet, the English medical journal.

The study doesn't quite suggest that the surgery can cure epilepsy. Among seizure-free patients, it showed, only 28 percent had stopped taking antiseizure medication altogether.

"It means people should consider surgery sooner rather than later, while being realistic about the risks," Dr. John Duncan, medical director of England's Epilepsy Society and a professor of neurology at the institute, said of the study to the BBC.He told HealthDay that the surgery should be considered if two or three medications have failed to control seizures.

Epilepsy surgery involves removal or isolation of the area of the brain where seizures originiate, according to the website of the Mayo Cilnic. In the most common operation, the surgeon removes a region of tissue in the brain's temporal lobe - typically the size of a golf ball. Other forms of the surgery include severing connections between the hemispheres of the brain, or removing an entire hemisphere.

About three million Americans have epilepsy, according to the Epilepsy Foundation. Anyone can develop the condition - the third-leading neurological condition after Alzheimer's disease and stroke - but it's especially common among the very old and the very young. More than 300,000 children under 15 years of age have epilepsy.

The Mayo Clinic has more on epilepsy surgery.