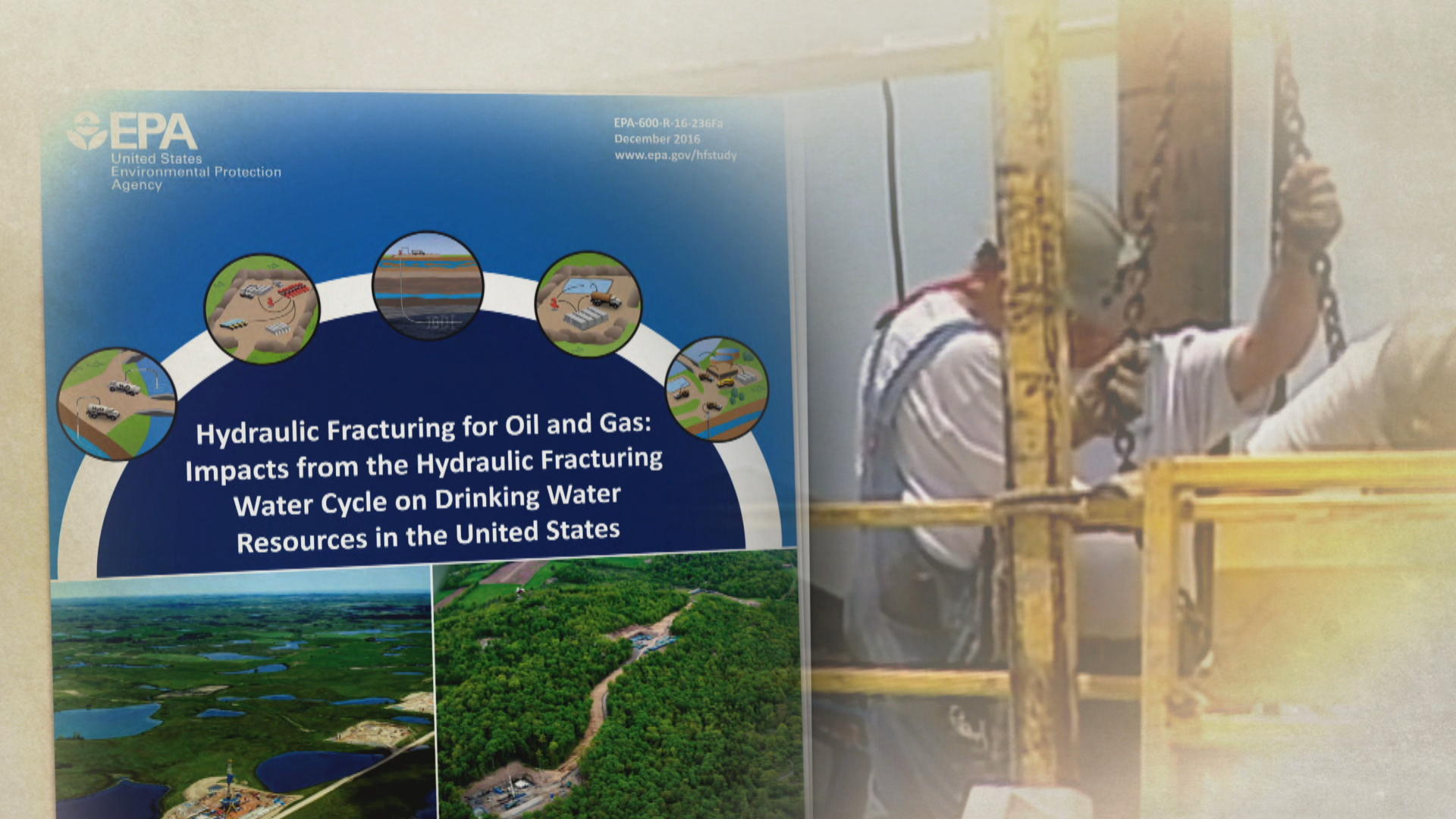 An EPA report about fracking is reigniting fears over the extraction of oil and gas from rock below the earth. The agency says it’s unable to fully characterize the severity of fracking’s impact on drinking water. But it does point to circumstances that could make ground water vulnerable.

The majority of U.S. fracking happens in seven zones – three of them at least partially in Texas, and some residents are concerned, reports CBS News correspondent Manuel Bojorquez.

Elizabeth Falconer has installed a $30,000 water filtration system in her garage. She said she’s had her water tested and it came back with chemical levels higher than the EPA recommends.

Falconer said the water in her Weatherford, Texas home is undrinkable, even with an expensive filter.

“How often do you have to get water?” Bojorquez asked.

“We probably go through two or three a week,” Falconer said.

After nearby fracking started in 2009, Falconer claims her drinking water gave her heart palpitations and made her dizzy.

“Is there at this point a smoking gun -- something that you could point to to say this is directly linked to fracking?” Bojorquez asked.

“Again, I’m not a scientist. I can only say here’s the sequence of time and the only intervening variable between good water and bad water was fracking,” Falconer said.

In a report, the EPA described how hydraulic fracturing or fracking activities “can impact drinking water resources under some circumstances,” but the agency can’t say how severely.

Highly pressurized water and chemicals are used during fracking to extract gas and oil from rock formations deep below the earth. Chemically treated water is blasted down a well. The process fractures the rock, freeing the oil and allowing it to move up to the surface.

The government report notes concerns over well leaks and waste water spilling above ground. The agency didn’t pinpoint any damage related to the fracking deep underground itself.

“What we found is that although the overall incidents of impacts is low, that there are vulnerabilities,” said EPA science adviser Thomas Burke.

The EPA is taking a tougher stance than ever before. Language in an earlier draft of the report downplaying fracking concerns was removed. It said: “We did not find evidence that these mechanisms have led to widespread, systemic impacts on drinking water resources.”

Burke explained why they omitted the lighter language.

“The gaps in information unfortunately do not allow us to say how much, what is the rate of the impact. And so that sentence was removed,” Burke said.

Erik Milito of the American Petroleum Institute said the report is disappointing.

“The underlying data is strong and it shows that hydraulic fracturing is an engineering technology that’s not creating widespread systemic impacts to the environment. The data is clear,” Milito said

According to the energy information administration, fracking accounts for about 60 percent of this year’s domestic oil production. We reached out to the company that fracked near Falconer’s home, but have not heard back.