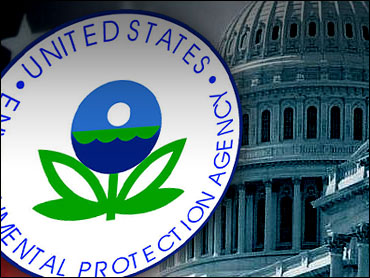 (AP / CBS)
Joe Cannon, tapped to serve as deputy administrator for the Environmental Protection Agency (EPA), is the latest of President Obama nominee's to pull himself out of the running for an Obama administration job after delayed confirmation hearings.

Cannon formerly served on the Board of Directors of the now-defunct America's Clean Water Foundation, which was accused on mismanaging $25 million in EPA grants in 2007, according to the Associated Press.

Cannon, currently a professor of Environmental Law at the University of Virginia released a statement announcing his decision Wednesday.

"It has come to my attention that America's Clean Water Foundation, where I once served on the board of directors, has become the subject of scrutiny," Cannon said in the statement. "While my service on the board of that now-dissolved organization is not the subject of the scrutiny, I believe the energy and environmental challenges facing our nation are too great to delay confirmation for this position, and I do not wish to present any distraction to the agency."

The AP reported that Cannon's confirmation hearing was scheduled for today before the Senate Environment and Public Works Committee.

The EPA administrator Cannon was to serve under, Lisa P. Jackson, released a statement saying that she was "disappointed" with the decision and thanked him for his many years of service to the agency.

"The administration will move quickly to identify a new candidate who can help us carry out our mission to preserve environmental sustainability and create green jobs as we transition the nation to a clean energy economy," she said.