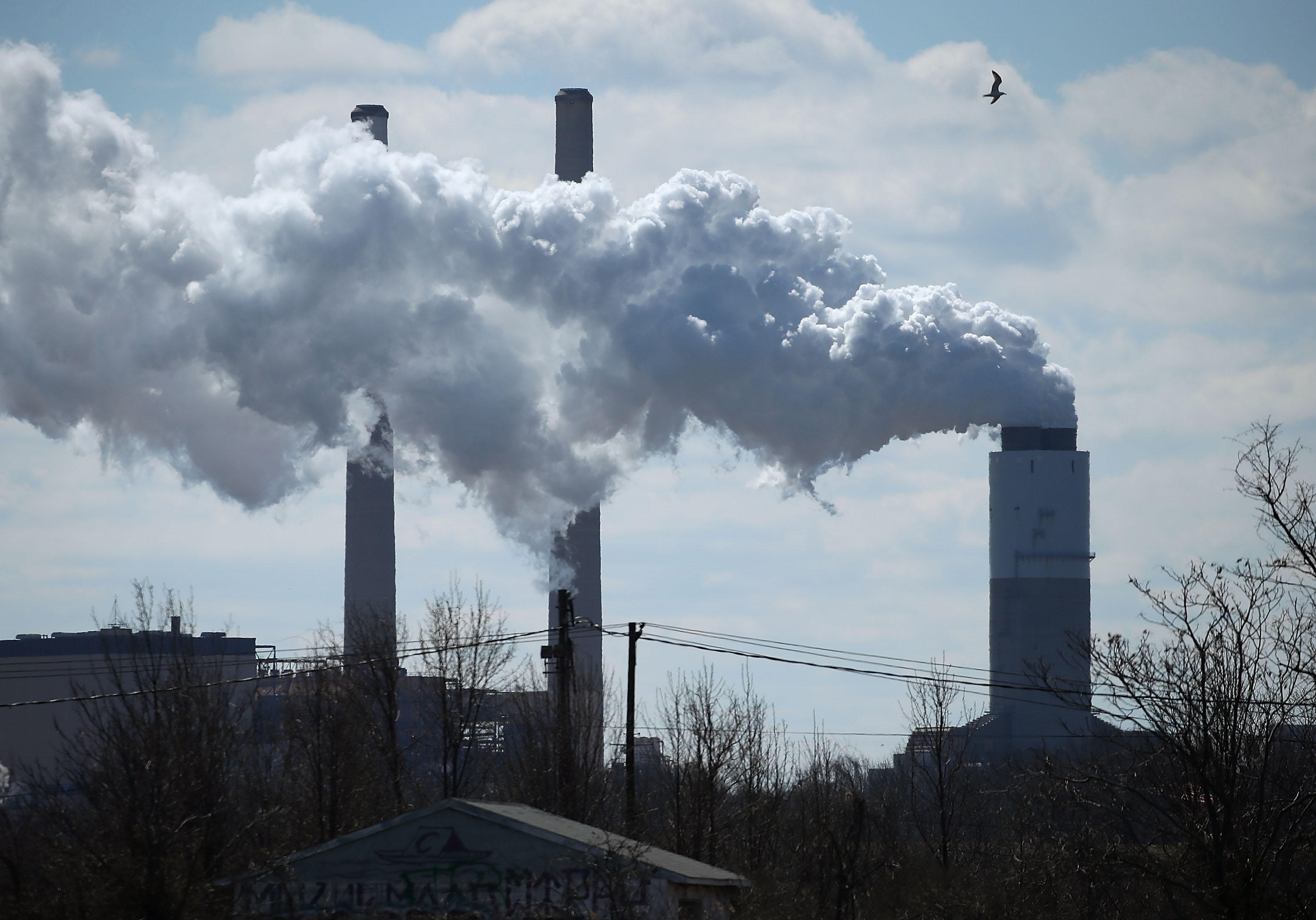 The Environmental Protection Agency openly admits in its proposal for new emission guidelines that the plan could lead to up 1,400 more premature deaths a year.

A 289-page EPA report released Tuesday provides details on the impact of the Trump administration's Affordable Clean Energy rule, which would reverse Obama-era cuts to power plant carbon pollution. The EPA acknowledges that the proposed plan is expected to "increase emissions of carbon dioxide" and "increase the level of emissions of certain pollutants in the atmosphere that adversely affect human health," as compared to the projections for Obama's plan.

The report includes tables showing that, by the EPA's own analysis, the most likely outcome of the new rule would result in 470 to 1,400 additional premature deaths annually by 2030.

The increase in pollutants is also expected to bring up to 96,000 new cases of exacerbated asthma by 2030, the EPA's figures show. Air pollution-related health problems could cause up to 48,000 lost work days and 140,000 lost school days per year, the report says.

The New York Times first reported on the figures from the EPA.

The Affordable Clean Energy (ACE) rule, which Acting EPA Administrator Andrew Wheeler signed Monday, calls for states to determine their own emission standards for coal-fired power plants, rather than the federal government. Wheeler said in a statement that this would provide "the states and regulated community the certainty they need to continue environmental progress while fulfilling President Trump's goal of energy dominance."

In a statement to CBS News, the EPA appeared to contradict some of the report's more disturbing projections and instead focused on comparisons to today's levels, which are already trending downward.

"Compared to the world as it stands now, the ACE rule will result in dramatic reductions in emissions, including CO2, mercury, and fine particulate matter precursors, as well as any resulting mortality and morbidity effects (like asthma hospitalizations)," the statement said. The EPA's report is clear about the anticipated rise in emissions under several different scenarios, and the illnesses and deaths that would result. It says that, in some cases, hospitalizations are also expected to increase.

The ACE rule would replace the Obama administration's Clean Power Plan, which would have set federal standards for cutting carbon dioxide emissions and aimed to support clean energy sources instead of coal. The Clean Power Plan never went into effect because of court battles. Republican attorneys general and coal industry groups filed lawsuits to block the plan, calling it an overreach of federal power, and in 2016 the Supreme Court voted 5-4 to halt its enforcement.

The EPA previously estimated the Clean Power Plan would have helped avoid up to 3,600 premature deaths, 90,000 child asthma attacks, and 300,000 missed school and work days a year by 2030.

A former EPA official who worked on the Clean Power Plan accused the EPA under the Trump administration of trying to confuse the public about the ACE rule's anticipated consequences.

"This is a double-barreled assault on climate policy," Joseph Goffman, who is now executive director of the Environmental & Energy Law Program at Harvard University, told CBS News.

"At exactly the time we should be sending a comprehensive signal for clean energy, we're totally squelching that signal," he added. Goffman served as the EPA's associate assistant administrator for climate and senior counsel in the Office of Air and Radiation from 2009-2017.

The public will have 60 days to comment on the Affordable Clean Energy rule once it appears in the Federal Register.

Goffman said he expects this rule, like its predecessor, to face legal challenges before it is implemented.

President Trump has moved to roll back dozens of Obama's environmental regulations, and the Affordable Clean Energy rule is his latest move to make good on campaign promises to help the languishing coal industry. On Tuesday night, Mr. Trump is visiting West Virginia — one of the states hit hardest by the decline of coal — in a rally supporting Republican Senate candidate Patrick Morrisey. In a tweet Tuesday morning, Trump wrote that he had "done so much for West Virginia" and added at the end, "CLEAN COAL!!!!"