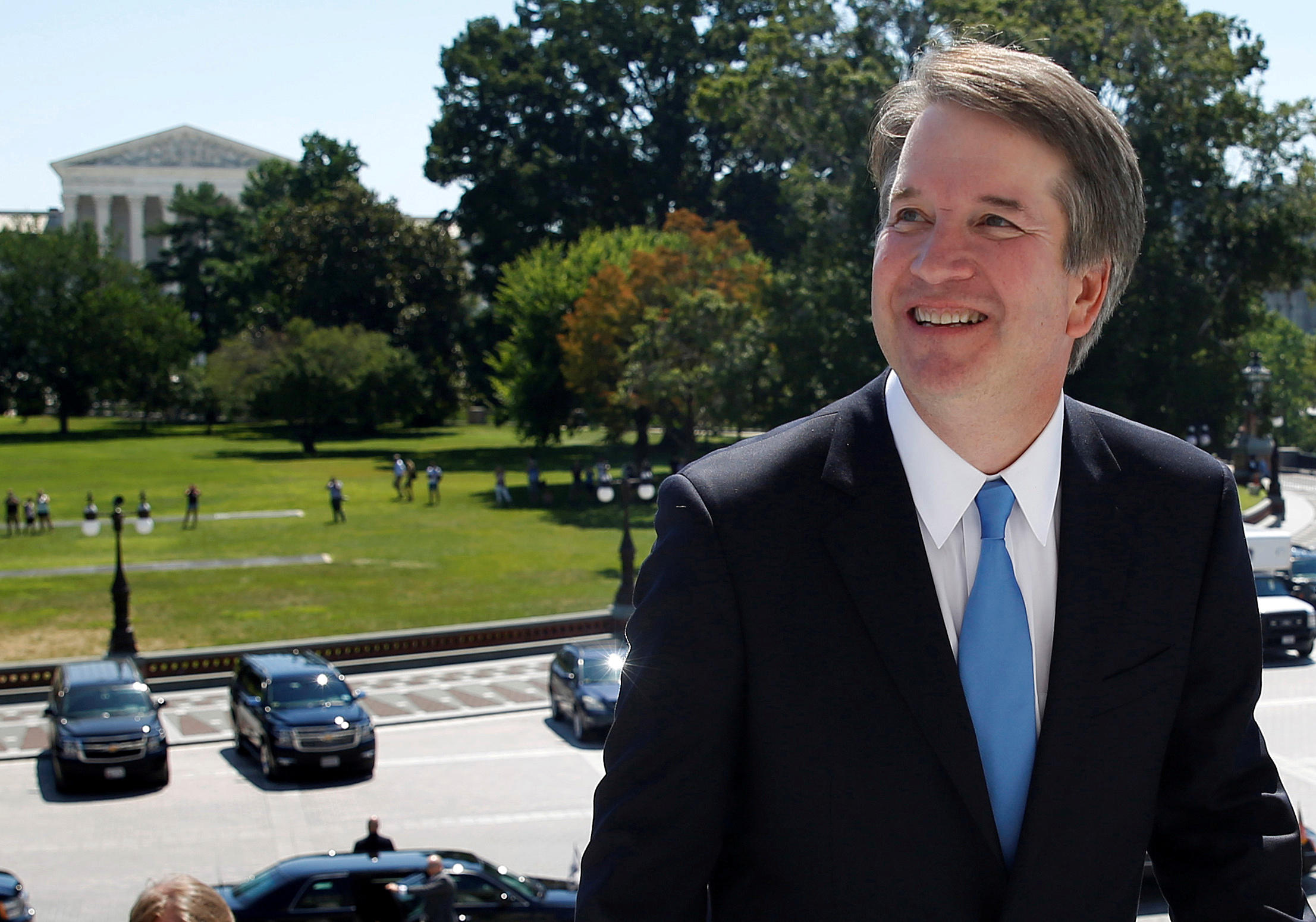 Environmental groups were not going to be happy with anyone President Donald Trump picked for the Supreme Court. But the nomination of Judge Brett Kavanaugh has them especially worried. A conservative who would replace the more moderate Justice Anthony Kennedy, Kavanaugh has a record of slapping back Environmental Protection Agency regulations during his 12 years as a federal appeals court judge.

Kavanaugh could shift the court to the right in many areas. But Kennedy was especially pivotal on environmental cases, ruling with the majority on nearly all of them over 30 years on the bench — and often siding with the environmentalists in the biggest cases.

Kavanaugh has a narrower view of what environmental protections the federal government can implement. That was clear from an Associated Press review of his opinions while on the U.S. Court of Appeals for the District of Columbia Circuit, along with other writings and speeches.

"It threatens to take us back to the old days," said Pat Gallagher, the legal director at the Sierra Club, recalling environmental disasters from the 1960s and '70s. "The Cuyahoga River, Love Canal — when there was no environmental protection."

"His rulings in cases involving the EPA say far more about the aggressive nature of the EPA in terms of trying to stretch beyond its breaking point its mandate from Congress," said John Malcolm, vice president of the conservative Heritage Foundation's Institute for Constitutional Government.

Republicans hope the Senate can confirm Kavanaugh by the time the court's next session begins Oct. 1. But that is in doubt because of delays in reviewing documents related to Kavanaugh's time in President George W. Bush's administration.

In his opinions on environmental issues, Kavanaugh has often stressed the importance of policies to protect against climate change before saying that Congress, not the EPA, should create those policies.

One prominent example came last year in a majority opinion that found the EPA lacks the authority to regulate hydrofluorocarbons, chemicals linked to global warming. Kavanaugh wrote: "EPA's well-intentioned policy objectives with respect to climate change do not on their own authorize the agency to regulate."

William Buzbee, a Georgetown Law professor who teaches constitutional and environmental law, said Kavanaugh often rules that either Congress didn't delegate duties clearly enough to the EPA or that the agency wasn't carrying them out correctly — in contrast with a history of judges giving wide latitude to agencies to try to solve problems.

"It's a move that sounds like an attitude of deference and separation of power," Buzbee said. "The effect is to take away an agency's powers to deal with real-world problems."

President Barack Obama relied heavily on administrative action as Republicans controlled Congress for most of his presidency and resisted passing laws that favored environmental protections over companies.

Kavanaugh addressed that in the hydrofluorocarbons case: "Under the Constitution, congressional inaction does not license an agency to take matters into its own hands, even to solve a pressing policy issue such as climate change."

In one, Kavanaugh dissented from the circuit, wanting to grant further review in a case in which the appeals court upheld the EPA's ability to regulate greenhouse gases.

In another, Kavanaugh wrote the majority opinion to eliminate a 2011 EPA rule limiting emissions from power plants and other sources to reduce pollution in neighboring states. Writing for a divided panel, he found that this "good neighbor" rule overstepped the EPA's authority. The Supreme Court overruled Kavanaugh.

In a speech last year at the American Enterprise Institute, Kavanaugh praised the late Justice Antonin Scalia for applying a principle laid out by Chief Justice William Rehnquist to an EPA case. The "major questions doctrine," he said, "is critical to limiting the ability of agencies to make major policy decisions that belong to Congress, at least unless Congress clearly delegates that authority."

Still, Kavanaugh has not always ruled against environmental regulation. In 2010, he wrote the majority opinion for a divided panel when trucking groups sued the EPA over California's regulations for engines such as those that power refrigeration systems on trucks. Kavanaugh praised the agency for properly following Congress' directions in delegating that narrow area of regulation to California.

In environmental cases, judges often must sort out who has the legal standing to challenge regulations or push for protections.

"The Supreme Court now for decades has said that environmental and aesthetic interests count for standing," Buzbee said. "My sense is they count less for Judge Kavanaugh."

In a 2014 case, he wrote the unanimous opinion finding that environmental groups did not have standing to challenge an EPA decision not to tighten carbon monoxide standards.

There are also cases where he found that industrial groups have standing to oppose environmental restrictions. One of those came last year, when he was on a panel that unanimously found that logging interests had standing to challenge the designation of 9.5 million acres in California, Oregon and Washington as a critical habitat for the northern spotted owl. He wrote that industry groups showed clearly that they would face economic harm if logging was banned in the area.

There are exceptions in his record. Kavanaugh was part of a unanimous 2009 ruling that found road- and transportation-building groups did not have standing to challenge some EPA rules.

If Kavanaugh is confirmed in time for the new court session, the first case he'd hear would deal with an environmental issue.

In the case, the private owners of land used for logging in Louisiana object to their property's inclusion in the critical habitat for the dusky gopher frog, which was added to the endangered species list in 2001, when fewer than 100 were known to be in existence — all in southern Mississippi. None of the frogs has been spotted in Louisiana for more than 50 years.

A federal appeals court found the land's inclusion as a critical habitat was appropriate.