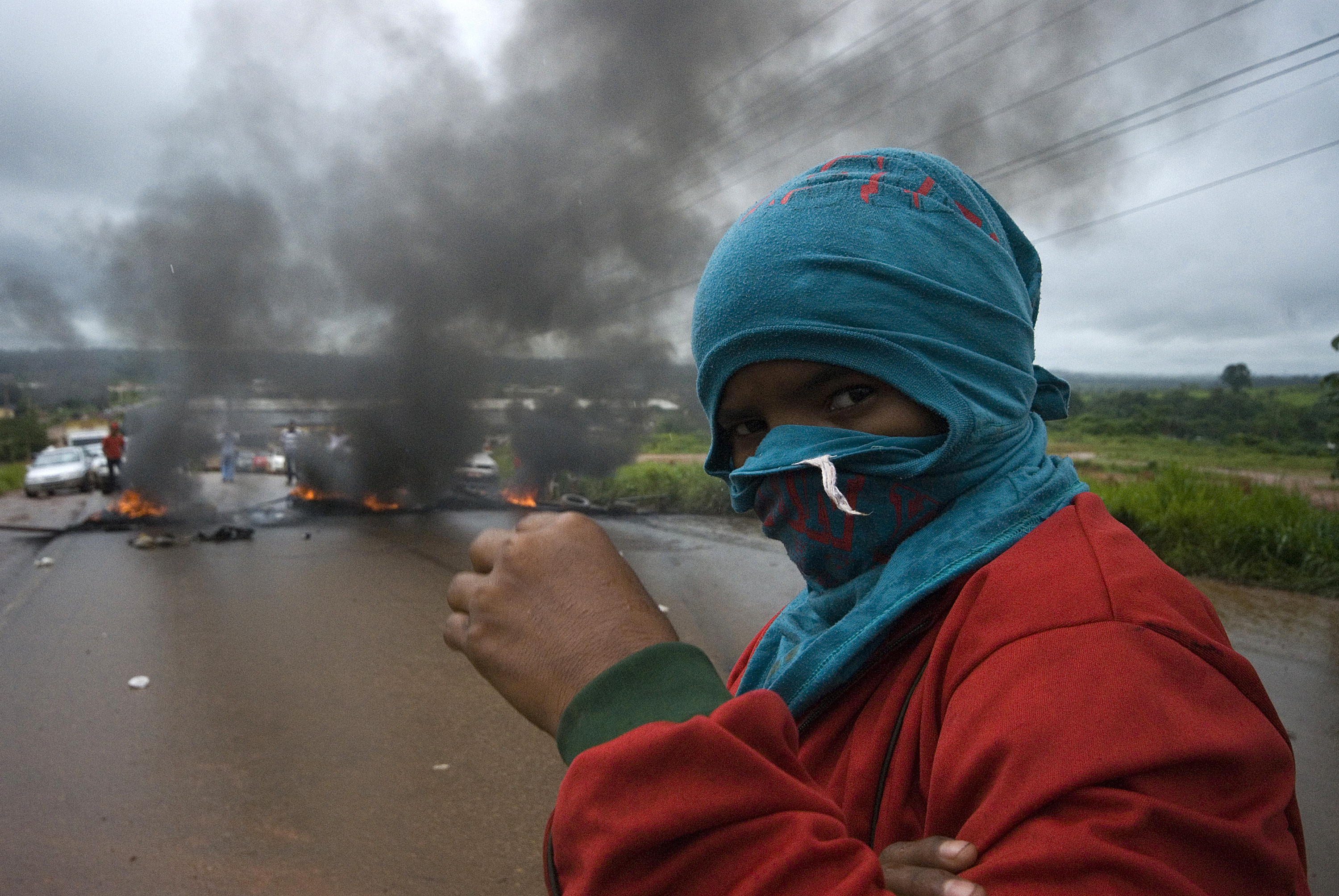 BANGKOK -- As head of his village, Prajob Naowa-opas battled to save his community in central Thailand from the illegal dumping of toxic waste by filing petitions and leading villagers to block trucks carrying the stuff - until a gunman in broad daylight fired four shots into him.

A year later, his three alleged killers, including a senior government official, are on trial for murder. The dumping has been halted and villagers are erecting a statue to their slain hero.

But the prosecution of Prajob's murder is a rare exception. A survey released Tuesday -- the first comprehensive one of its kind - says that only 10 killers of 908 environmental activists slain around the world over the past decade have been convicted.

The report by the London-based Global Witness, a group that seeks to shed light on the links between environmental exploitation and human rights abuses, says murders of those protecting land rights and the environment have soared dramatically. It noted that its toll of victims in 35 countries is probably far higher since field investigations in a number of African and Asian nations are difficult or impossible.

"Many of those facing threats are ordinary people opposing land grabs, mining operations and the industrial timber trade, often forced from their homes and severely threatened by environmental devastation," the report said. Others have been killed over hydro-electric dams, pollution and wildlife conservation.

The rising deaths, along with non-lethal violence, are attributed to intensifying competition for shrinking resources in a global economy and abetted by authorities and security forces in some countries connected to powerful individuals, companies and others behind the killings.

Three times as many people died in 2012 than the 10 years previously, with the death rate rising in the past four years to an average of two activists a week, according to the non-governmental group. Deaths in 2013 are likely to be higher than the 95 documented to date.

The victims have ranged from 70-year-old farmer Jesus Sebastian Ortiz, one of several people in the Mexican town of Cheran killed in 2012 while opposing illegal logging, to the machine-gunning by Philippine armed forces of indigenous anti-mining activist Juvy Capion and her two sons the same year.

Brig. Gen. Domingo Tutaan Jr., who heads the Philippine military's human rights office, told the Associated Press that a military investigation showed the three died in crossfire as troops clashed with suspected outlaws. "We don't tolerate or condone human rights violations and we hope Global Witness can work with us to pinpoint any soldier or officer involved in those killings," Tutaan said.

Brazil, the report says, is the world's most dangerous place for activists with 448 deaths between 2002 and 2013, followed by 109 in Honduras and Peru with 58. In Asia, the Philippines is the deadliest with 67, followed by Thailand at 16.

"We believe this is the most comprehensive global database on killings of environment and land defenders in existence," said Oliver Courtney, senior campaigner at Global Witness. "It paints a deeply alarming picture, but it's very likely this is just the tip of the iceberg, because information is very hard to find and verify. Far too little attention is being paid to this problem at the global level."

Reports of killings, some of them extensive, from countries like Central African Republic, Zimbabwe, and Myanmar, where civil society groups are weak and the regimes authoritarian, are not included in the Global Witness count.

By contrast, non-governmental organizations in Brazil carefully monitor incidents, many of them occurring in the Amazon as powerful businessmen and companies move deeper into indigenous homelands to turn forests into soya, sugar cane and agro-fuel plantations or cattle ranches. Clashes between agribusiness and the Guarani and Kuranji people in the Amazon's Mato Grosso do Sul province accounted for half of Brazil's killings during 2012, the report said. Human rights groups and news reports say killings are often carried out by gunmen hired by agricultural companies.

In Thailand, Sunai Phasuk of the U.S.-based Human Rights Watch echoed the report's assertion that an "endemic culture of impunity" was prevalent, and that governments and their aid donors must address this.

Prosecution of Prajob's suspected killers, Sunai said, was a "welcome rarity" in a country where investigations have been characterized by "half-hearted, inconsistent, and inefficient police work, and an unwillingness to tackle questions of collusion between political influences and interests and these killings of activists."

"The convicted tend to have lowest levels of responsibility, such as the getaway car driver. The level of impunity is glaring," he said.

After Prajob's murder, villagers lived in fear but in the end decided to sue the illegal dumpers and landfill owners, said the victim's brother, Jon Noawa-opas.

"Prajob's death has led us to fight for justice in this town," he said. "We can be disheartened and we were, but we also know that we have to do the right thing for our community."