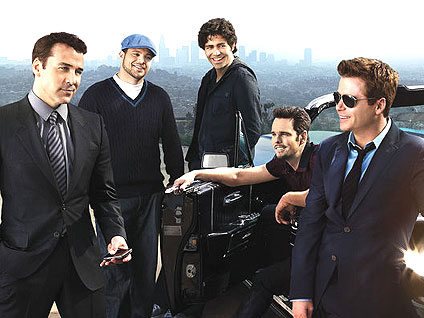 The prospect of a comedy sitcom seems like a promising one for Johnny.

Ari (played by Jeremy Piven) is forced to confront the possibility of losing Lizzie Grant (Autumn Reeser) at his wife's urging.

Turtle (Jerry Ferrara) has some work issues of his own to deal with, while Eric (Kevin Connolly) watches as Vince (Adrien Grenier) cozies up to rival agent Scott (Scott Caan).

Meanwhile, Vince is enjoying some new possibilities by way of Scott Lavin, Eric's premiere rival. It's a tough thing on the audience. The dynamic between Scott and Vinnie is fun to watch.

The Vince-Eric-Scott work triangle seems to be the story to watch this season. Let's see how it continues to play out.