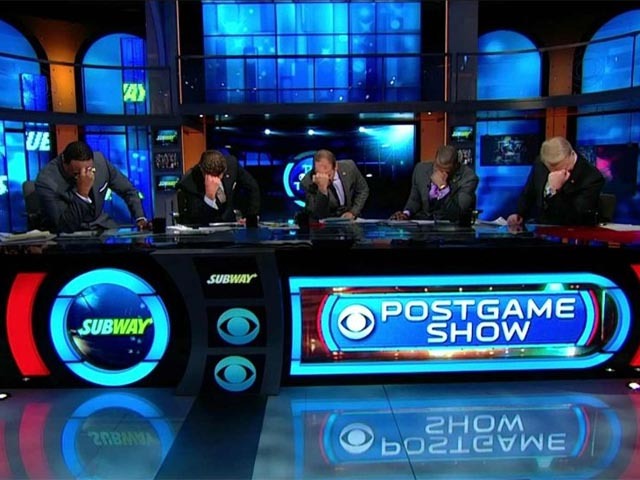 (CBS) - Tim Tebow. Love him or hate him, you can't deny that he's created some great memes. He's also a pretty good football player apparently. But this post isn't about Tebow as a man, it's about Tebow as a meme. Specifically: Tebowing. More Specifically: the entire crew of the CBS postgame show Tebowing after the Denver Broncos' incredible overtime victory.

Yes this actually happened. The entire postgame analysis was roughly 40 seconds long. Then again, the sight of James Brown, Dan Marino, Coach Bill Cowher, Shannon Sharpe, and Boomer Esiason all Tebowing in unison is probably all that needs to be said, except for this: watching legendary quarterback Dan Marino go Tebow is easily one of the greatest things we've seen in a long time.