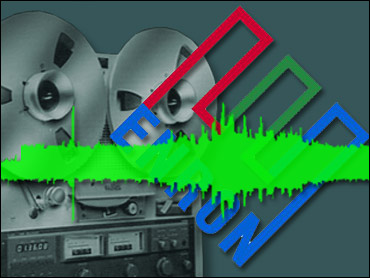 Four years after California's disastrous experiment with energy deregulation, Enron energy traders can be heard – on audiotapes obtained by CBS News – gloating and praising each other as they helped bring on, and cash-in on, the Western power crisis.

"He just f---s California," says one Enron employee. "He steals money from California to the tune of about a million."

"Will you rephrase that?" asks a second employee.

"OK, he, um, he arbitrages the California market to the tune of a million bucks or two a day," replies the first.

The tapes, from Enron's West Coast trading desk, also confirm what CBS reported years ago: that in secret deals with power producers, traders deliberately drove up prices by ordering power plants shut down.

"If you took down the steamer, how long would it take to get it back up?" an Enron worker is heard saying.

"Oh, it's not something you want to just be turning on and off every hour. Let's put it that way," another says.

"Well, why don't you just go ahead and shut her down."

Officials with the Snohomish Public Utility District near Seattle received the tapes from the Justice Department.

"This is the evidence we've all been waiting for. This proves they manipulated the market," said Eric Christensen, a spokesman for the utility.

That utility, like many others, is trying to get its money back from Enron.

"They're f------g taking all the money back from you guys?" complains an Enron employee on the tapes. "All the money you guys stole from those poor grandmothers in California?"

And the tapes appear to link top Enron officials Ken Lay and Jeffrey Skilling to schemes that fueled the crisis.

"Government Affairs has to prove how valuable it is to Ken Lay and Jeff Skilling," says one trader.

"Do you know when you started over-scheduling load and making buckets of money on that?

Before the 2000 election, Enron employees pondered the possibilities of a Bush win.

"It'd be great. I'd love to see Ken Lay Secretary of Energy," says one Enron worker.

That didn't happen, but they were sure President Bush would fight any limits on sky-high energy prices.

"We will not take any action that makes California's problems worse and that's why I oppose price caps," said Mr. Bush on May 29, 2001.

Both the Justice Department and Enron tried to prevent the release of these tapes. Enron's lawyers argued they merely prove "that people at Enron sometimes talked like Barnacle Bill the Sailor."

Click here to read part II of this series.