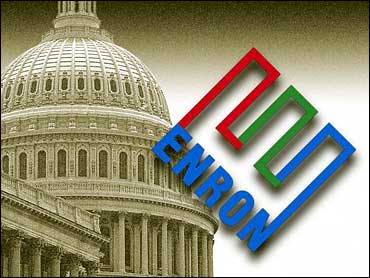 
"Real campaign finance reform won't happen until there's another big scandal," Washington lawyer Bill Oldaker said over lunch in March 2000. "But that will happen soon because there's so much money in the system right now there's bound to be a scandal."

Oldaker, the first general counsel of the Federal Election Committee, looks prophetic now as the House prepares for Wednesday's vote on the Shays-Meehan campaign finance bill.

The conventional wisdom at the moment is that Enron is a financial but not a political scandal, and that the smoking gun of Watergate hasn't been found. But that may be because people are looking for that gun in the details of Enron's demise rather than in the history of its rise.

Up until the end, Enron's lobbying campaign was very effective. The huge political contributions by Enron executives and their coziness with top government officials led to a favorable climate for deregulation of the energy industry, major input into the formulation of Dick Cheney's national energy policy, easy access to members of crucial Congressional committees and a key role in the selection of presidential appointees, specifically the head of the FERC. This is exactly the type of systemic corruption that campaign finance reformers have tried to root out and which has made the public cynical about government and politicians.

The tightness of President Bush and virtually the entire White House high command with Ken Lay and Enron Corp. has apparently made them gun shy about putting pressure on Republican members of Congress to kill the Shays-Meehan bill. The Presidents Bush (younger and elder), Vice President Dick Cheney, political guru Karl Rove, chief economic adviser Larry Lindsay and White House Counsel Al Gonzales are all so inextricably tied to Enron that they have may have lost their clout on this issue.

As the week begins, the reformers are feeling relatively optimistic. But Fred Wertheimer, head of Democracy 21, says he'll feel confident only when he gets to the bill signing. "I haven't been to a bill signing since 1976," says Wertheimer, and he warns there are a number of "scams" that could force the bill into conference committee, which might, in effect, kill it.

One of the most interesting scenarios is one in which lawmakers say they need to amend the bill to make it stronger. Some moderate Republicans who co-sponsored Shays-Meehan now says it's been watered down too much and that a tougher bill is needed. The bill's drafters went into "pre-conference mode" on the Senate-passed McCain-Feingold bill, and the legislation that hits the floor on Tuesday night is one which could pass the Senate without need of conference. Advocates are on the lookout for "poison-pill amendments" which ook like reform but will basically signal death.

The second scam that the reformers are flagging is a substitute bill by Republican Congressman Bob Ney. The bill claims to cap soft money, but, in fact, allows much of it into the system. Democracy 21 has put out a powerful set of figures which show that under Ney's proposal an individual like Ken Lay could give $1,260,000 to the national parties; while under Shays-Meehan he could give only $57,000.

A third strategy is to rely on industry lobbyists to amend the bill. The National Association of Broadcasters is working hard to remove the provision that says candidates must be give the lowest possible rate for campaign ads. If this passed the House, the bill would have to go to conference committee where, as Rep. Marty Meehan said, "public interest legislation dies."

Interestingly, despite the fact that Speaker Hastert has been warning Republican members that passage of Shays-Meehan would mean "Armageddon" for the GOP, the tone of most Republicans in public is very muted. This weekend on "Meet the Press," Republican Rep. Roy Blunt, a White House favorite, pretty much abandoned the traditional GOP argument that campaign donations are a protected form of free speech, and instead asked for time to make the bill "better" in conference.

Republicans aren't alone in changing their tone. Lobbyist Bob Keefe, the Democratic granddaddy of soft money, recently called for campaign finance reform in a column in the Japan Times. Keefe, who raised the first Democratic Party soft money – $1.3 million in 1980 for Jimmy Carter – says September 11 changed feelings in the U.S. about the government and the Enron scandal exposed the fact that the system is vulnerable to corrupting influences. "It took the Watergate scandal to get the 1974 Campaign Act passed," said Keefe. "Maybe Enron can push a new reform bill over the top."

Keefe hasn't turned into a complete Common Causer quite yet. In an interview with CBS News last week, he conceded that campaign reform bill is likely to pass and clean things up "until we can figure a new way to screw up the system." And big holes still remain in McCain-Feingold and Shays-Meehan. PACs, for example, could still give up to $10,000 to state parties; the practice of "bundling," in which organizations (like Emily's List) group together individual checks to increase their leverage, will still be allowed; and outside groups could still blitz the airways – they'll just have to be more up front about who they are.

Despite Republican squawking and the surprise in some quarters that the president is not working to defeat the bill (and has even signaled a willingness to sign whatever the Congress passes), the fact is that Mr. Bush could do quite well under the new legislation. In 2000, he raised $100 million in $1,000 increments. With those limits raised to $2,000 per person for the primary and the general election, he could easily raise $200 milion in 2004. So maybe that's the real reason Mr. Bush went walking in the snow in Jackson Hole this weekend rather than working the phones on Shays-Meehan.