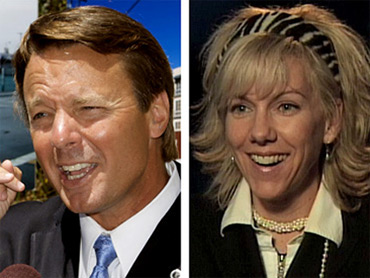 Edwards has been mired in scandal since his affair with campaign staffer Rielle Hunter became public in 2008. According to the Enquirer, the grand jury's charges stem from that relationship.

At issue, according to the Enquirer, is whether there were "possible campaign violations related to paying his mistress Rielle Hunter," who produced some short videos for the Edwards campaign in 2008.

More recently, Hunter has been fighting in court with Andrew Young, a former Edwards aide, over a videotape purportedly showing her and Edwards in a sexual encounter. That video has been turned over to the court and placed under seal.

The National Enquirer, a tabloid, is credited with breaking the news that Edwards had a child with Hunter. Edwards only admitted to being the child's father last month.