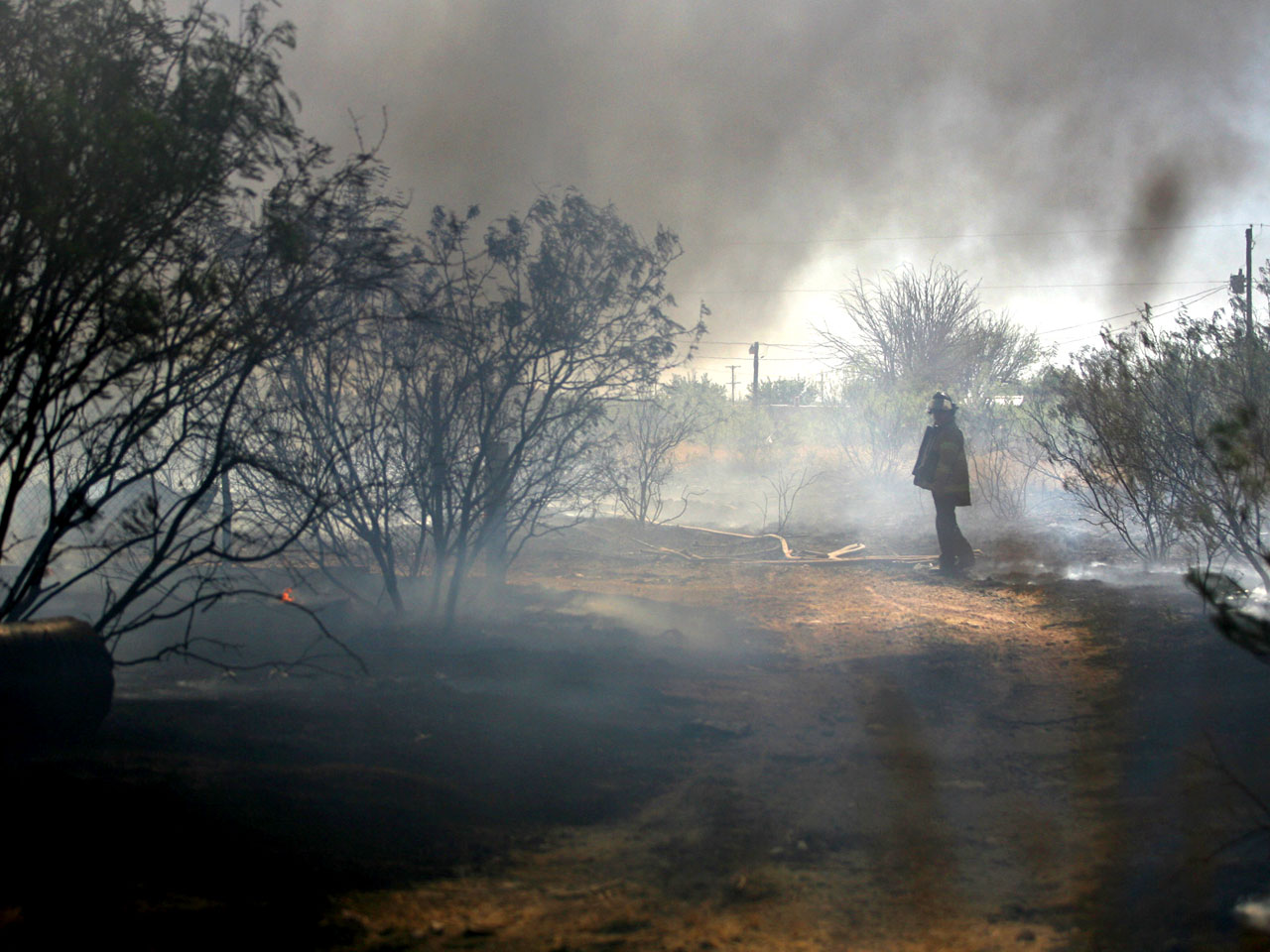 DALLAS - A massive range fire burned as much as 125 sq. miles Saturday in West Texas, and firefighters were bracing for the possibility the situation could worsen because of dry, windy conditions.

The enormous fire scorching largely rural Stonewall, King and Knox counties had become the largest in the nation, officials said Saturday. It has been burning since Wednesday, when it was sparked by pipe cutting.

"We have reports of fires literally coming in by the minute, and tomorrow will be worse," said Mark Stanford, fire operations chief for the Texas Forest Service.

"The fire has reached town, has actually gone through Fort Davis at this time. We have lost about five structures that I know of," he said.

That fire spanned about 1,600 acres, and high winds hampered efforts to fight it from the air. Evacuations took place at the Fort Davis Estates, a housing subdivision, and 20 people were evacuated from another community, Stanford said.

The fire started in Presidio County on Saturday afternoon and rapidly burned into Jeff Davis County, which has Fort Davis, with a population of about 1,000 people, as its county seat. Stanford said he did not know what caused the blaze.

Stanford said officials were bracing for an unusually difficult day Sunday, with hot, dry weather conditions, including humidity levels in the single digits, which dries out vegetation fueling the fire. High winds knock down power lines and ground firefighting aircraft.

Alan Craft of the Texas Forest Service said the three-county fire was "0 percent contained" on Saturday afternoon and expected to continue spreading. Some power poles in Knox and Stonewall counties were damaged, and livestock has been lost.

The communities of Benjamin and Guthrie were also threatened by the larger fire.

Because of the worsening conditions, Stanford said responders, emergency planners and entire communities should be prepared to move out of harm's way.

About 100 members of the Texas Forest Service have been fighting the big wildfire by land and air, along with local volunteer departments.