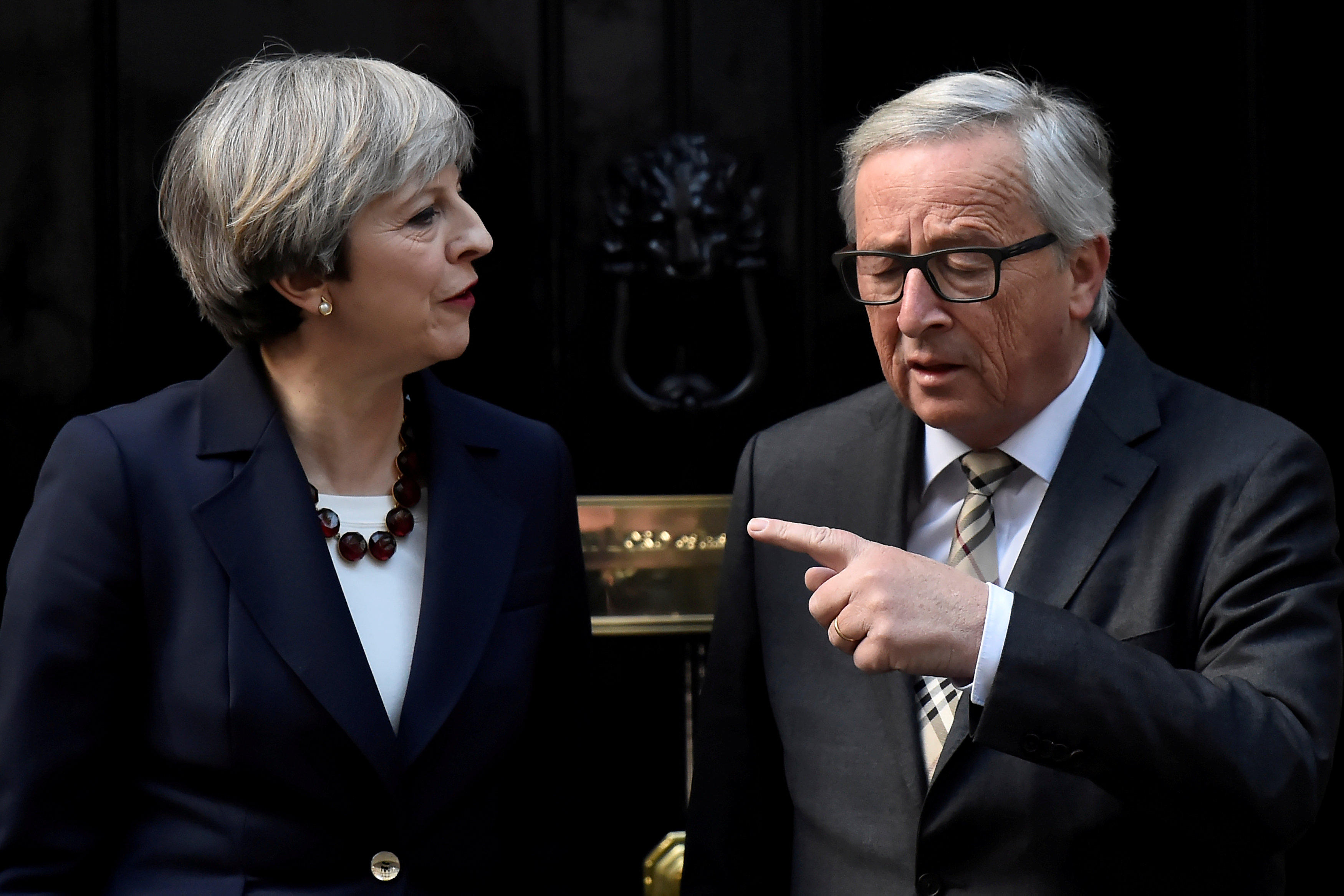 European Commission President Jean-Claude Juncker has drawn laughs at a conference by announcing that he'd speak in French because "slowly but surely English is losing importance in Europe."

Juncker was speaking at the European University Institute in Florence's annual "state of the union" conference, which comes amid Brexit negotiations and the upcoming French presidential runoff.

Juncker opened his remarks by saying that he had decided to speak in French.

His reason? "Slowly but surely English is losing importance in Europe." Drawing applause and laughs he continued: "And then the French will have elections next Sunday and I would like them to understand what I'm saying about Europe and nations."

Juncker and other EU officials have been engaged in a war of words with British leaders this week ahead of the looming Brexit negotiations.

Belgian Prime Minister Charles Michel said Friday that British expectations in its divorce proceedings from the EU were "not realistic," and sent a clear warning that Britain wouldn't escape having to foot a hefty bill for its momentous decision that has shaken the bloc to its core.

Michel said in an interview with The Associated Press that "those who think in Britain they can push the Brexit button and not have a bill to pay are seriously mistaken."

Over a few testy days this week, both sides sparred about the negotiations which are to start after the June 8 U.K. election, with some questioning what, if anything, Britain should pay for. Estimates have ranged from 20 billion euros to the latest Financial Times mark of 100 billion euros.

The 27 other EU nations have shown a united front in facing Brexit, and Michel epitomized the view that the negotiations should be done on the EU's terms, not Britain's.

The Belgian leader further insisted that it was not up to British Prime Minister Theresa May to impose her negotiating strategy. May has been seeking parallel talks on unwinding Britain's EU membership while at the same time already negotiating a future relationship and a trade deal with the bloc.

"That's not realistic," Michel said. "We are splitting, like a divorce. You need to address the material issues, financial, who gets the kids, transitional measures," he said. "It is only afterward that we can look at the future. You have to turn a page before you start writing the next one. And it is up to Mrs. May to understand this."

May has drawn the ire of many European leaders by taking a hard stance ahead of the negotiations, and further angered them this week by suggesting EU leaders were trying to influence an upcoming British national election -- which May's party is widely predicted to win -- by issuing threats about Brexit.