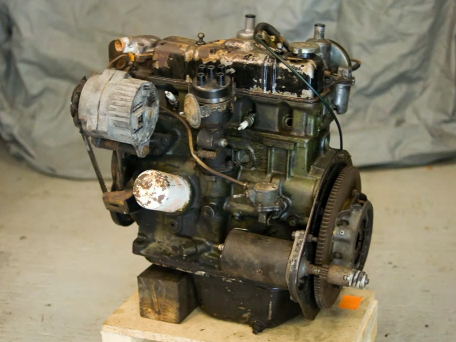 (CBS News) For all of you car buffs and DIY people out there who have an artistic bent, here's a fun video for you. Watch as an engine is stripped down over the course of 11 months in stop-motion fashion.

The hypnotizing video aptly entitled "11 Months, 3000 pictures and a lot of coffee" was posted by YouTube user nothinghereok who writes about the project:

Started out as just a collection of snaps as I stripped down an engine bought off ebay. (To replace my old engine, which had suffered catastrophic failure). The snaps were so that I remembered how everything went, so I could put it back together again.

Then I realised it'd be quite cool to make it an animation. found some suitable music, rekindled my ancient knowledge of Premiere, storyboarded it, shot it as I worked on the engine (my poor DSLR got covered in engine oil), this was the result.

What a great way to tackle a big project while having some fun and exploring one's creative side! To check out more work by nothinghereok, you can visit his YouTube page by clicking here.