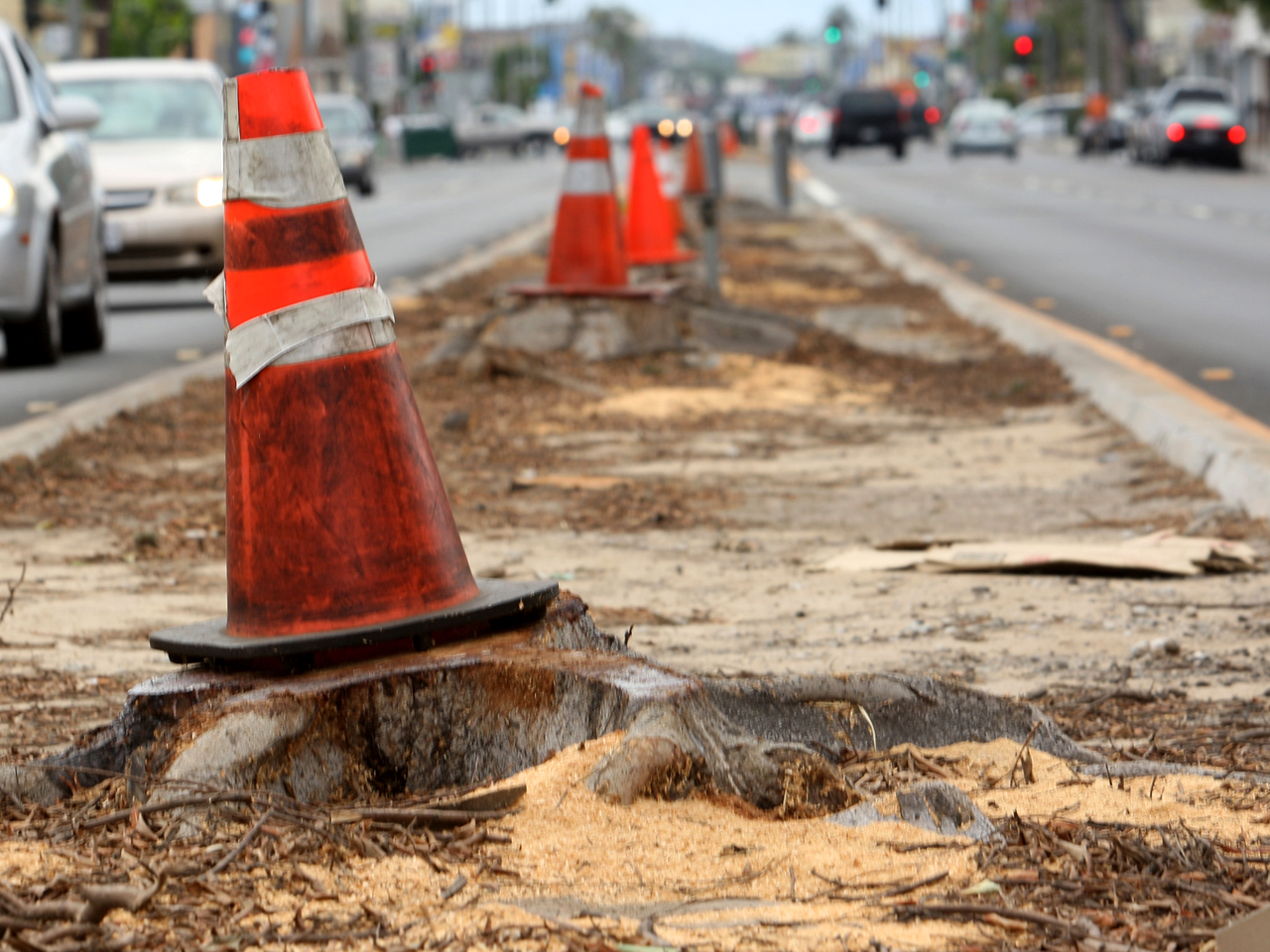 (CBS News) The Los Angeles area plans to roll out the red carpet for the arrival of the space shuttle Endeavour at the expense of some area greenery, CBS Los Angeles reports.

More than 100 trees along the center divide of major thoroughfares are expected to be cut down in Los Angeles and the neighboring city of Inglewood for hauling Endeavour from Los Angeles International Airport to its new home at the California Science Center.

The shuttle took off from the Kennedy Space Center in Florida Wednesday morning for the last time and is expected to land in California Friday. Endeavour won't take to the streets until October, but the tree removal has already sparked outrage among some Californians. (Watch at left Endeavour's final takeoff from the Kennedy Space Center) Shuttle Endeavour takes off on farewell tour

"Nobody told the citizens; all we hear is the buzzsaws when we wake up," one woman told KCAL/KCBS.

"It's really hard to watch something that's been growing for over 100 years being just decimated," another resident said.

Some original estimates put the number of trees targeted for removal at around 400, but officials earlier this week agreed that 122 trees would be removed instead.

The science center has pledged to plant four new trees for each one taken down to make room for the 78-foot-wide shuttle. Endeavour's ground transportation along a 12-mile route is scheduled for Oct. 12.