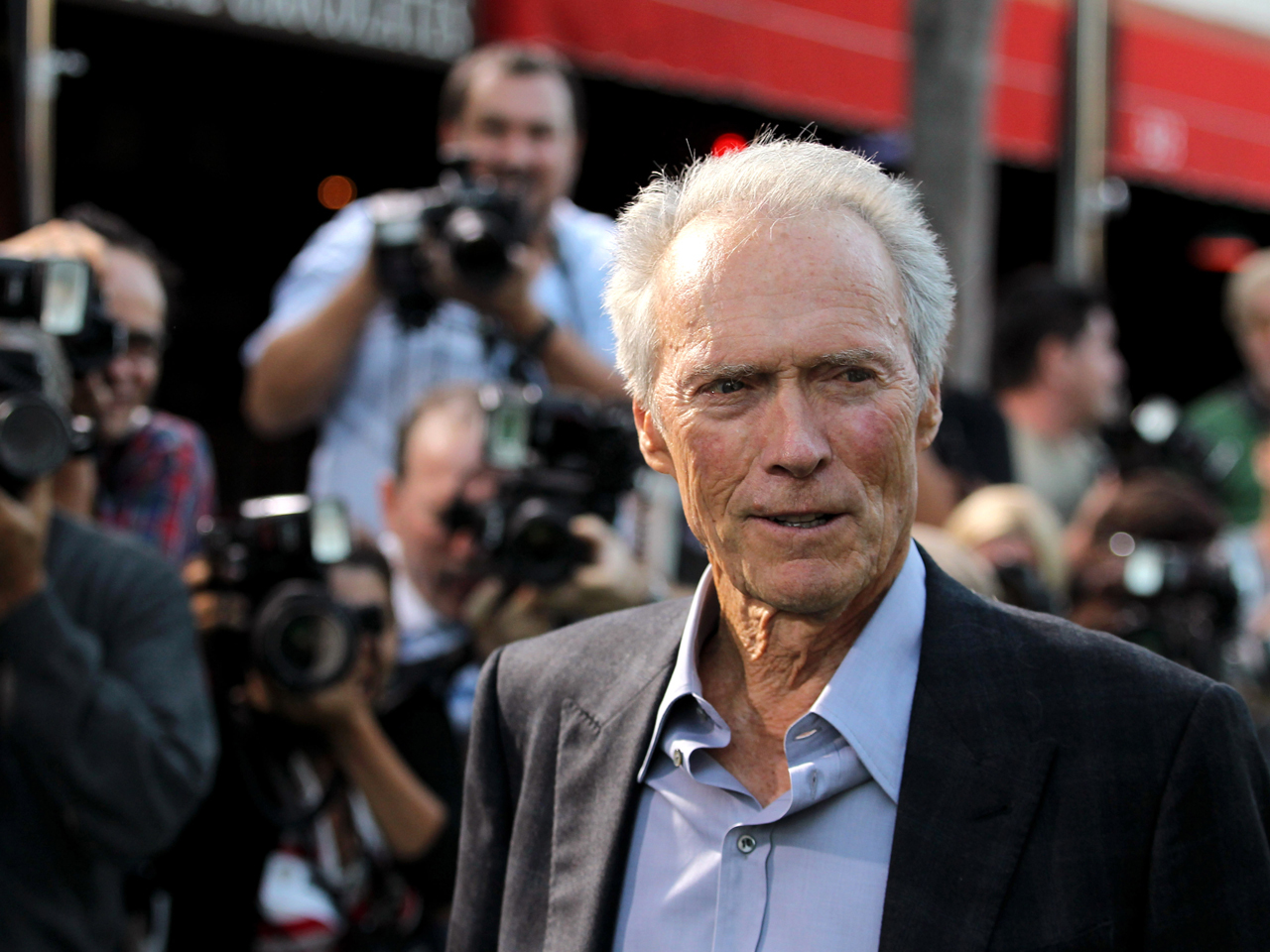 (CBS/AP) Clint Eastwood shared the spotlight with a single chair three weeks ago at the Republican National Convention. On Wednesday night, he shared it with more than a dozen.

The 82-year-old walked the press gauntlet at the Los Angeles premiere of his latest film, "Trouble with the Curve" - with 16 empty chairs right behind him.

When it was pointed out to him, the Oscar winner chucked as he quickly and clearly got the reference.

On Wednesday, the chairs were merely set dressing -  bleacher seats lined up along the green carpet at the premiere for "Trouble with the Curve." The film is family drama about a fading baseball-scout father, played by Eastwood, and his estranged daughter, played by Amy Adams. They provide the film's real action, while the game is simply a backdrop.

Representatives from the film's distributor, Warner Bros., politely requested that the  press not ask about Eastwood's RNC appearance, noting it had gotten enough attention and may be overshadowing the film itself.

"I don't know," replied "Curve" director Robert Lorenz. "Some people may come and some people may not because of it. But, in the end, it's not a political movie. Myself, the other cast (members), we all have different political ideas. We all came together and put those aside. So, I hope people treat it as such."

Eastwood has addressed the RNC appearance with numerous journalists, but that hasn't kept it out of mainstream consciousness - perhaps coming to a head last weekend, when actor Bill Hader recreated Eastwood's empty-chair routine, for laughs, on "Saturday Night Live."

"Sure I would," Eastwood noted. "I just think we need a change, that's all."