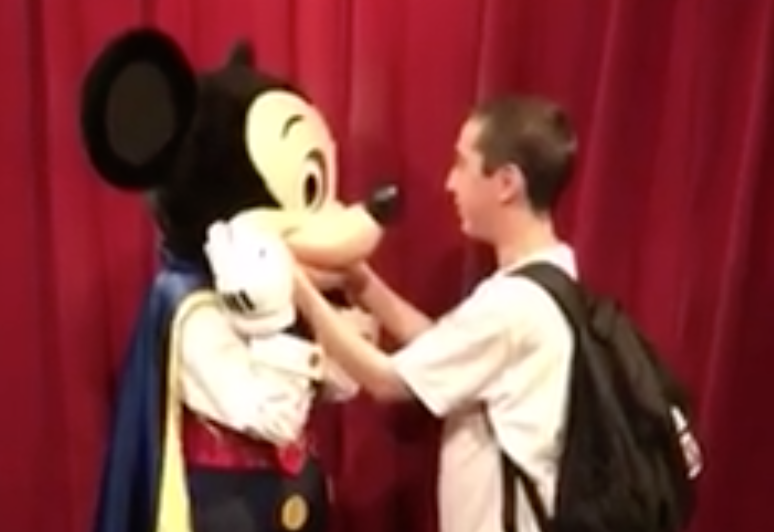 In Basílio Santana’s case, it was the first time he met his childhood hero, Mickey Mouse.

A video of the touching moment between Mickey and the blind 21-year-old man is now going viral with more than 1.5 million views and nearly 17,000 shares.

Mickey walked over to Santana and grabbed his hand, “Hey there, pal.”

“Wow! All the way from Brazil?” Mickey replied. “Cool! My friends have been teaching me some Portuguese.”

Mickey then proceeds to speak to Santana in Portuguese, impressing Santana and his family.

According to CBS affiliate CBS4Indy, Santa lost his sight at age 9 after being diagnosed with Devic’s disease -- an immunological disorder that may be confused with multiple sclerosis. He traveled to the Orlando park with his mom after winning a contest.

And he left the park feeling even more like a winner.

“He’s teaching us that what is essential is invisible to the eye,” White said on Facebook after witnessing the encounter.

The internet was also inspired by the thoughtful interaction.

“Disney Magic at its finest! Warms the heart and soul,” another replied.