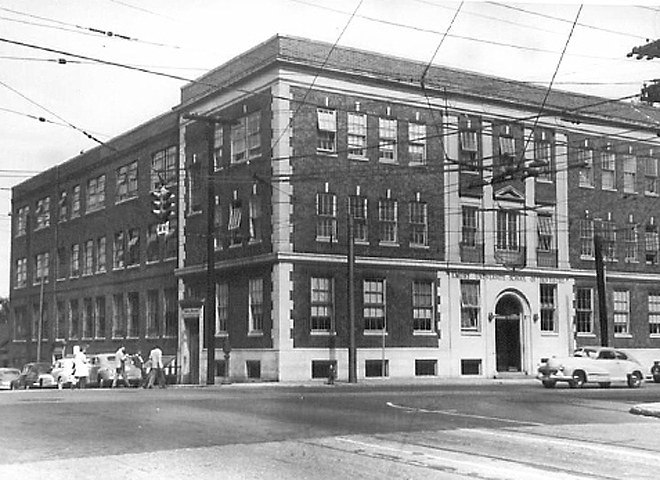 ATLANTA Emory University is apologizing for years of anti-Semitism at its dental school, when dozens of Jewish students were flunked out or forced to repeat courses, leaving many feeling inadequate and ashamed for decades despite successful careers.

After decades of denial, Emory is trying to make amends for the discriminatory practices at the school, which closed in 1992.

According to the Anti-Defamation League, under dental school dean John Buhler from 1948 to 1961, 65 percent of Jewish students at Emory's dental school were flunked out or forced to repeat one or more years, reports CBS Affiliate WGCL.

"In retrospect it is regrettable, and we have to say that," said Dr. Gary Hauk, Vice President and Deputy to the President of Emory.

Dr. Perry Brickman was one of the students affected.

"They either told you could come back and repeat or they told you were out, but in my case they didn't give me an opportunity to come back," Brickman said.

When the data proving discrimination was presented to the university, school officials denied it. But in 1960 things changed.

"When the dental school changed its application form to ask applicants to indicate their race as Caucasian, Jew or other, that sort of practice of anti-Semitism became indisputable," Hauk said.

Shortly thereafter the dean of the dental school resigned, but the university still did not acknowledge the wrong until about three years ago.

"It's a stigma you can't get rid of. It's deep, it hurts you," Brickman said.

Last week Emory hosted a screening of a new documentary it commissioned, "From Silence to Recognition: Confronting Discrimination in Emory's Dental School History." The university invited many of those former students to meet with president James Wagner and then attend a screening of the documentary, which heavily relies on video interviews collected by one of those students, Dr. Perry Brickman.

"I'm sorry. We are sorry," Wagner said before a ballroom packed with several hundred people. Thirty-one former students or their families were present.

"We knew individually and collectively what the truth was," Brickman said. "But the truth in a situation like this is never really validated until the perpetrator says sorry."

In one interview, former student Ronald Goldstein recalls the dean asking him, "Why do you Jews want to go into dentistry? You don't have it in the hands."

Anti-Semitism at the dental school spread beyond Buhler to other members of the faculty as well, said university vice president Gary Hauk.

Former student George Marholin recalls a professor coming into a room cursing at him and calling him a "damn Jew."

Talk of discrimination in the South in the mid-20th century so often focuses on blacks. In the 1950s, while Jews were being discriminated against at the dental school, there was a push at Emory to integrate black students, and the school in 1962 successfully sued the state of Georgia to overturn a state statute that would strip the tax-exempt status of any private college or university that admitted black students.

Some students didn't realize the extent of the anti-Semitism until they got letters alleging poor academic performance.

Brickman, who's now 79, entered Emory in 1951. All four Jewish students in his dental school class were gone within two years. He did well his first year and was never summoned to speak about his academic performance, so he was shocked to receive a letter from Buhler in the summer of 1952 saying he'd flunked out.

"Nobody believed us," Brickman said. "Even our parents said, 'Oh, you must not have studied enough. Emory's a good school. They wouldn't do anything like that.'"

Buhler resigned in 1961, but Emory denied at the time that his leaving had anything to do with allegations of anti-Semitism. He went on to become dean of the dental school at the University of South Carolina and died in 1976.

Ashamed and confused, Brickman and his fellow students clammed up. Brickman went on to graduate with honors from the University of Tennessee's dental school and enjoyed a successful career in Atlanta.

Despite the lingering sting of discrimination, Brickman retained close ties to Emory, where he'd had a positive undergraduate experience. In 2006, he went to an exhibition at Emory celebrating the 30th anniversary of the school's Jewish studies department. He was surprised to see panels about the discrimination at the dental school. The exhibition's curator, Professor Eric Goldstein, told Brickman he thought the school was ready to face the issue.

Still, Brickman wasn't sure he wanted to reopen that wound. But two years later, when an old friend and former classmate he hadn't spoken to in more than 55 years called him and said he still struggled every day with that pain, Brickman decided to do something. He contacted dozens of former students for interviews and showed them to Hauk, the university vice president. Hauk helped commission father-son documentary filmmakers John and David Hughes Duke to interview Emory administrators and turn them into a film along with Brickman's interviews.

After Wagner's apology and a screening of the film Wednesday night, some of the men and their families had tears in their eyes and expressed a feeling of relief and vindication, grateful the apology came while they're still alive.

When 80-year-old Jay Paulen heard from Brickman, "I thought he was wasting his time. I thought this would never be allowed to be made public," said Paulen, one of the few Jewish students who actually graduated from Emory's dental school at the time.

He and a non-Jewish friend studied together so regularly that they consistently missed the same answers on exams, Paulen said. Paulen was accused of cheating, but his friend wasn't. And though they got the same grades, his overall marks were always lower than his friend's.

Paulen, who went on to have a successful dental practice, was so scarred by the experience that when his daughter, who earned a bachelor's degree at Emory, was applying to dental school, he told her not to go to Emory.

Brickman also hid his shame from his friends and children, including his son Jeff, a former prosecutor.

"I felt horrible," Jeff Brickman said through tears. "I prosecuted crimes against children for a long time, and this reminded me of some of those victims who were afraid to talk about what had been done to them."