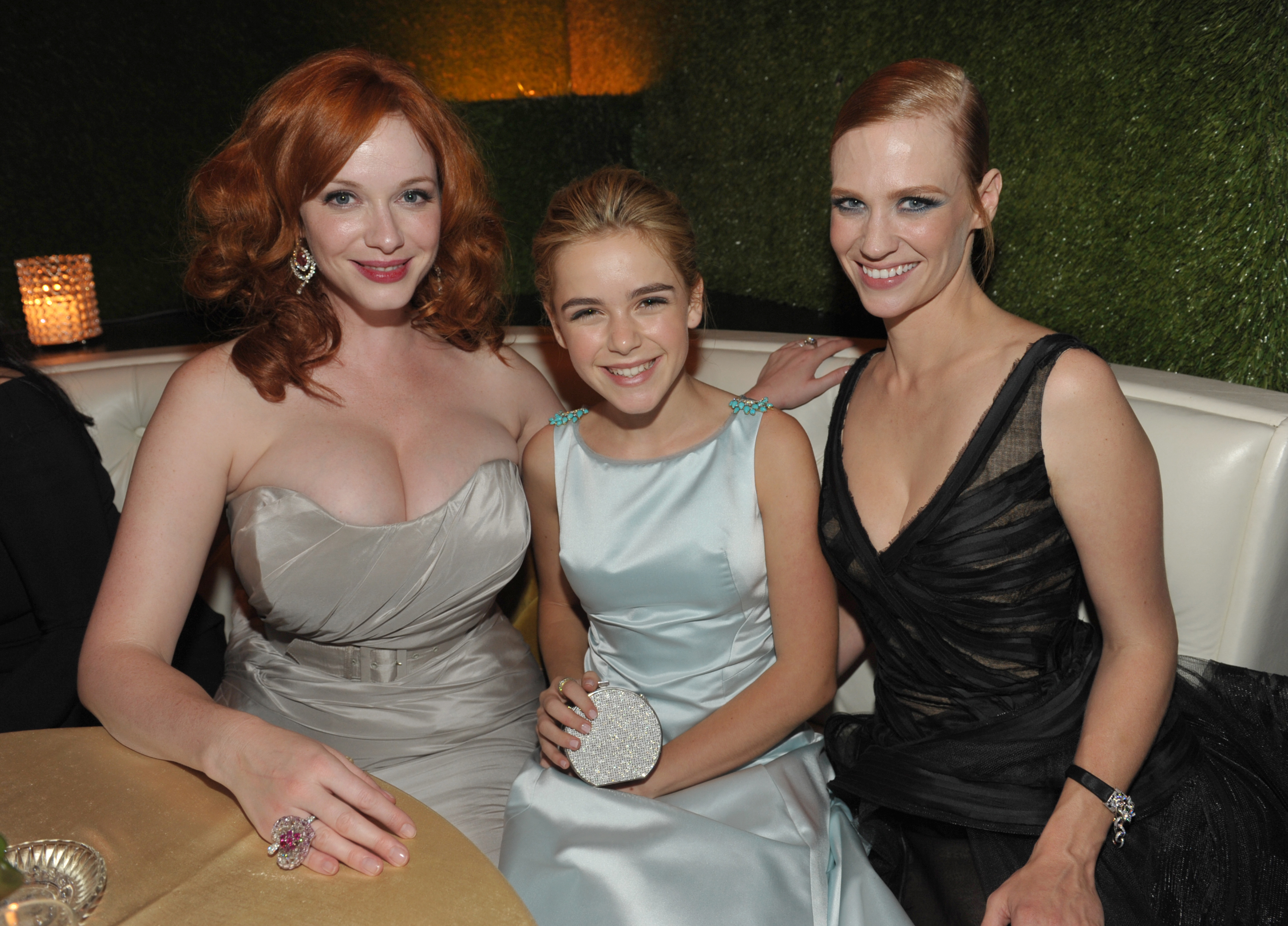 (CBS News) It was a party time in Los Angeles Sunday night after the curtain went down on the 64th annual Primetime Emmy Awards ceremony.

The Governor's Ball, the official afterparty of the Emmys drew almost 4,000 guests to the West Hall of the Los Angeles Convention Center, which was transformed into a rose-themed haven for the ceremony's "rhapsody in red" dinner party.

A giant rose-shaped sculpture hung above the invitees while a staff of about 1,200 supplied drinks and food to 380 guest tables draped with red linens. The massive room was cocooned by 36-foot-tall curtains featuring 2,400 twinkling starlit-inspired bulbs.

One of the biggest and busiest bashes was the one at Soleto, hosted by FOX Broadcasting Company, Twentieth Century FOX Television and FX 2012, the "Homeland" studio. That Showtime series had a lot to celebrate. It won the prize for best dramatic series and its two stars won the top dramatic acting prizes.

Producer Jacob Soboroff spoke to the "Mad Men" cast and crew about the show's three Emmys at the AMC after party. And the HBO party, held at the Pacfic Design Center, drew a numb er of celebs.. Comedy Centertal also had its own bash, at Cecconi's Restaurant in Los Angeles.