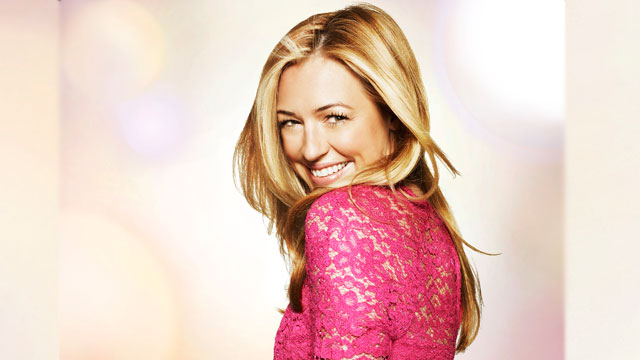 In 2005, Fox launched a new reality competition that focused on dance to low ratings and little fanfare. For season two, executive producer Nigel Lythgoe brought in Cat Deeley to take over hosting duties and So You Think You Can Dance became a runaway hit. And it's not hard to see a correlation between the two.

Sure, the talent has been there since day one (I still dream of Nick and Melody's season one disco), but Deeley not only injected a wonderful sense of whimsy into the proceedings, but gave the audience an important conduit through which to view the contestants outside their routines thanks to perfectly probing interviews and enough pet names to fill a million Valentine's Day Cards.

And in 2011, Deeley was rewarded for her efforts with an Outstanding Host for a Reality or Reality-Competition Program Emmy nomination. An act that's sure to repeat on July 19 since the elegant way she ushers the evening along has only become more seamless, precise and jovial in season nine. To find out how Cat Deeley became TV's most beloved hostess, ETOnline sat down with the British import to talk about her humble beginnings, her path to network stardom and the hiccups she overcame along the way!

ETOnline: Last year you were nominated for an Emmy -- what was the reaction like in The Deeley house?
Cat Deeley: Never in my wildest dreams had I ever thought I would be nominated for an Emmy. Literally, it was the most exciting day ever. I'm from a small town about 100 miles north of London, my mom and dad aren't famous, I never went to stage school – there is absolutely no logical reason that could be written down on paper why I should be nominated for an Emmy [laughs]. But I was! It was just so thrilling. I rung my mom when I found out, just screaming, and she replied, "Well, that's not going to do you any harm, is it?" [laughs] That was as excited as she got. That's what my family are like – very proud but definitely don't overdo the praise.

ETOnline: How did the girl from the small town go to Emmy-nominated host of So You Think You Can Dance?
Deeley: Basically, I won a modeling competition when I was 14 and since I didn't know I wanted to study at university, I came to London and modeled. After a year, I started to think about what I wanted to do with my life. When I was 7, I wanted to be a TV presenter, so I made a tape and sent it to MTV. Then I went for loads of auditions. That job spiraled into hosting Saturday Mornings, which is England's version of Saturday Night Live – and that just grew and grew in grew. From there, I hosted The Brit Awards (England's version of The Grammys) and then Nigel [Lythgoe, SYTYCD executive producer] was looking for someone to host the second season. I came to America, saw the show and instantly fell in love. I almost ripped his arms off to say please hire me! And that, in a nutshell, is how small-town girl done good [laughs].

ETOnline: You've worked in both, but do you have a preference between hosting a live versus taped show?
Deeley: I love doing live TV – I love that element of anything can happen. And more often than not, it does. At one point or another everything that could go wrong, has gone wrong. From me feeling sick to dropping a microphone to falling to Slash talking inappropriately about groupies; it has all happened to me. In some way, shape or form, I've managed to find my way out of all those moments with only a few scrapes. Weirdly I think when things go wrong, if you handle it in a smart, self-deprecating way, it endears you to the audience. I think people like when things go wrong. Particularly if you handle it with grace and a sense of humor.

ETOnline: There was a moment during one of the live season seven shows when Nigel chose not to send anyone home. The seamless way you handled that moment was, to many people, the instant you earned the first Emmy nomination.
Deeley: Oh yea -- that was terrifying [laughs]. He literally didn't tell a soul that was the plan -- not even the producer in my ear knew what was happening. Basically, at that point, you're producing on the fly and thankfully it worked out. Thankfully. But not even lots of therapy and several martinis will ever erase that moment from my memory [laughs].

ETOnline: Whether it's to relive or retry, what moment from your hosting career would you like to go back and redo?
Deeley: For pure enjoyment, I would go back to the Brit Awards. I've watched that since I was a kid and had this idea to come up from under the stage, on a champagne bottle, dressed in a top hat and boots. I came up to Primal Screams' Get Your Rocks Off and it was just thrilling. I felt slightly like a rockstar in that moment and I would love to feel that once again.

ETOnline: Looking ahead, is there anything you haven't gotten to do yet that you're dying to?
Deeley: I would love to do more comedy. I did a cameo on House of Lies and also Life's Too Short – I really enjoyed those. Comedy is one of the things I started doing on Saturday Mornings, and there's nothing that quite beats putting on a silly wig, big fake teeth and getting laughs from people. It's addictive.

ETOnline: So if SNL was to ask you to host, you'd be game?
Deeley: [Gasps] If they ever asked, I would internally combust. I would die and go to heaven. I would love that.

ETOnline: Fans also love to dissect what you wear on Dance -- how important do you think clothing is to a host?
Deeley: It is important for hosts, but I think it's important for everybody. I always say, clothes don't make the man, but they help. They don't change how you feel, but the right outfit can give you more confidence, put a spring in your step and a twinkle in your eye. I think that feeling is so important when you're hosting and trying to be as confident as possible. You need to take charge. But above and beyond anything else, fashion should be fun. Sometimes I get it wrong and sometimes fans love what I wear – but love it or hate it, I just want people to have an opinion of what I do and what I wear. I love opinions.

So You Think You Can Dance airs Wednesdays at 8 p.m. on Fox.