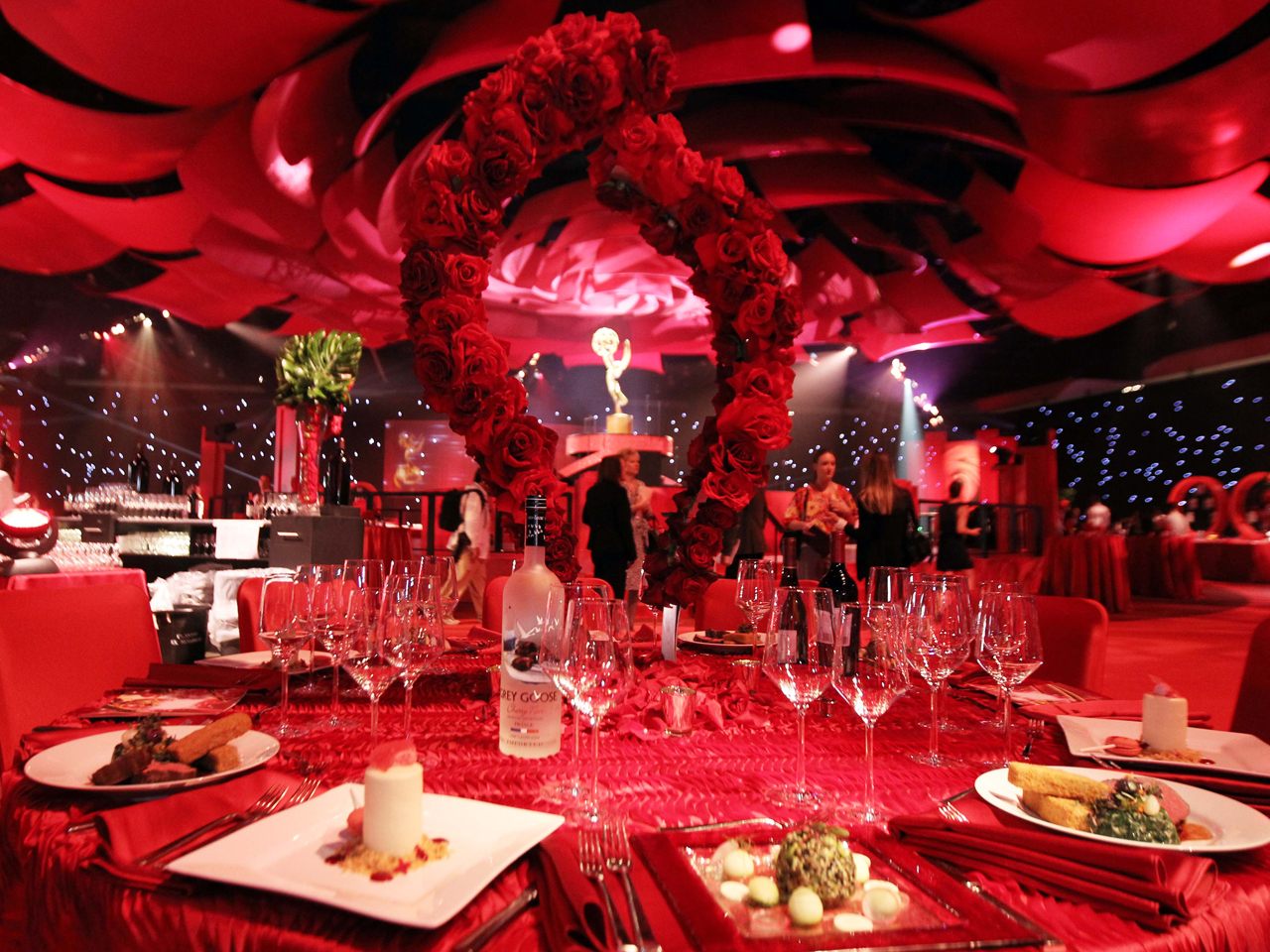 (CBS/AP) The official after-party for the 64th annual Primetime Emmy Awards will be a vision in red. The party, attended by winners and losers, will be almost entirely decked out in rosy colors.

The behemoth 57,600-square-foot space inside the West Hall of the Los Angeles Convention Center has been transformed into a rose-themed haven for the ceremony's "rhapsody in red" dinner party.

A giant rose-shaped sculpture will hang above the 3,800 invitees while a staff of about 1,200 supply drinks and hors d'oeuvres to 380 guest tables draped with red linens. The massive room will be cocooned by 36-foot-tall curtains featuring 2,400 twinkling starlit-inspired bulbs.

"This year's event is going to be such a luscious treat for attendees," said Shelia Manning, a casting director and co-chairwoman of the Governors Ball. "For the first time, we'll have an Emmy winners' circle at the Governors Ball, where the night's honorees can have their statuettes personalized."

The ceremony across the street at the Nokia Theatre will be broadcast on a  tubular red curtain hovering over the space.