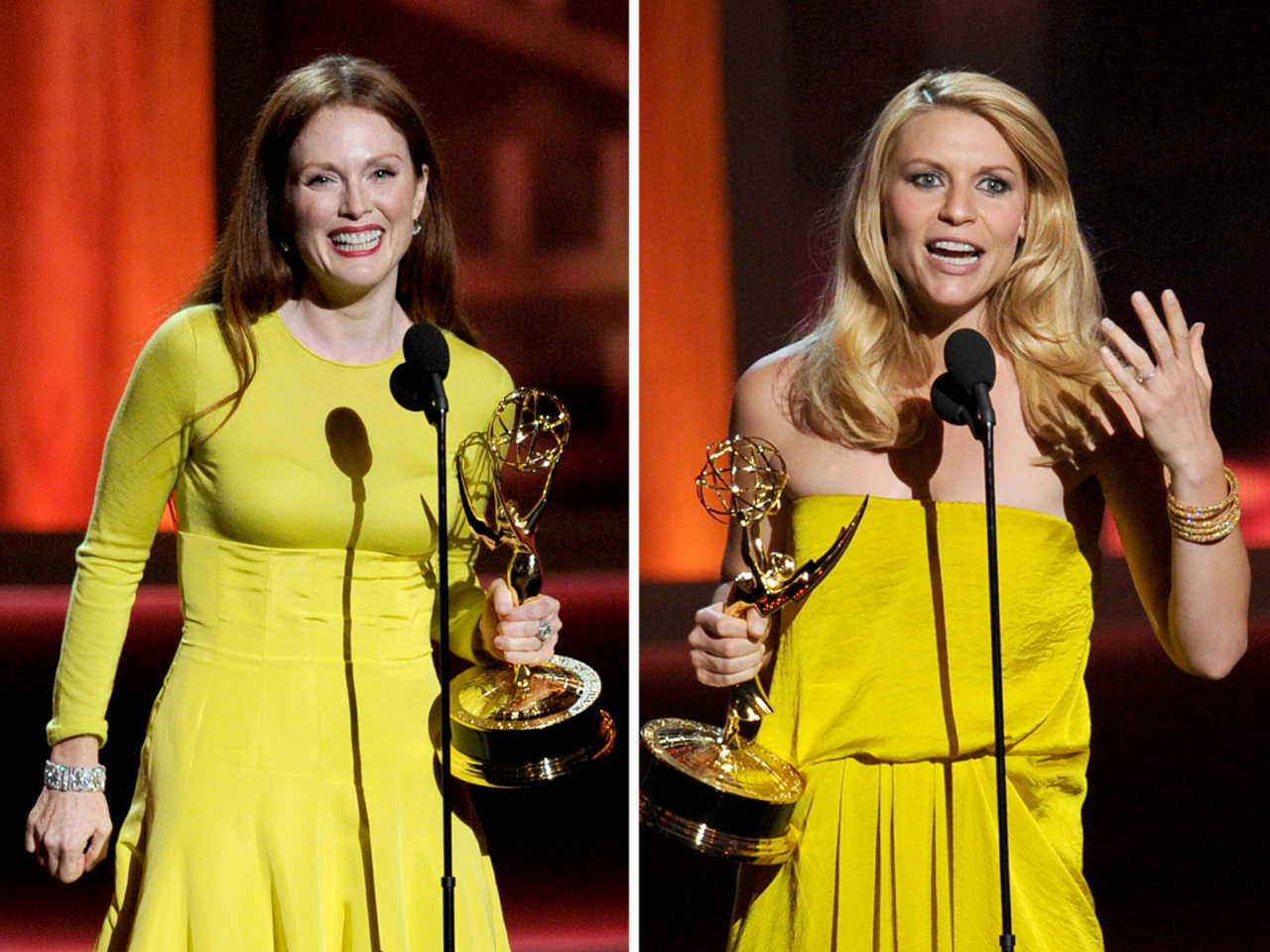 (CBS News) During the ceremony and backstage, politics was among the topics of conversation at Sunday's Emmy Awards.

Two of the night's big winners focused on politics - Showtime's espionage thriller "Homeland" and the HBO movie "Game Change," based on a book about the 2008 John McCain-Sarah Palin campaign.

Julianne Moore won the Emmy for outstanding lead actress in a miniseries or movie for playing Palin in "Game Change," and mentioned the former Alaska governor during her acceptance speech.

"I feel so validated since Sarah Palin gave me a big thumbs down," she said onstage.

Backstage, she also made note of two women she had wanted to thank in her speech, according to the Hollywood Reporter.

"The one thing I left out of my acceptance speech was Tina Fey and Katie Couric," she said of the comedian who impersonated Palin on "Saturday Night Live" and the then-"CBS Evening News" anchor who interviewed her. "In my research, I saw how influential they were. I really learned a lot."

"Homeland," about a Marine and former POW who's suspected of working for al Qaeda, won the Emmy for outstanding drama series and also picked up awards for writing and stars Claire Danes and Damian Lewis.

President Barack Obama has said he's a fan of the show, which Danes called "hugely validating."

"No pressure," she told reporters backstage with a laugh, THR reports. "It's way cool that he's a fan. It speaks to the relevancy of the show. It's hugely validating."