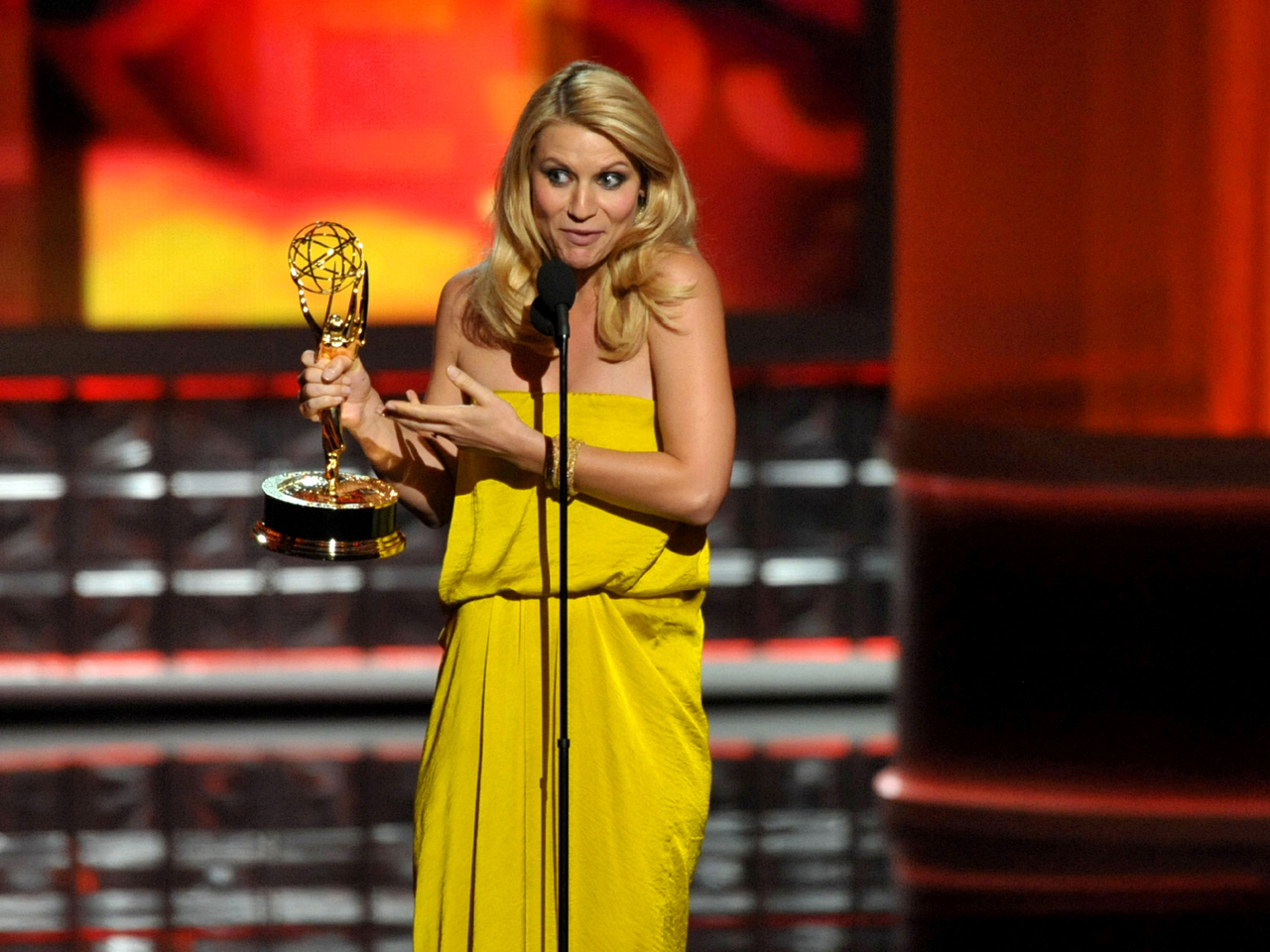 The salute came midway through Danes' speech as she accepted the award for outstanding lead actress in a drama series for her role in the Showtime thriller. Danes, 33, plays driven CIA agent Carrie Mathison and Patinkin, 59, plays her handler, Saul Berenson.

Many people are suggesting that this Emmy saying needs to become a meme, and soon.

And from NPR's nprmonkeysee: "If the Internet doesn't remix 'Mandy Patinkin, holla' by tomorrow morning, it is a failure.''

If someone can figure out a way to incorporate Patinkin's famous line from "The Princess Bride" - "Hello, my name is Inigo Montoya, you killed my father, prepare to die," then the Internet might truly be worthwhile after all.