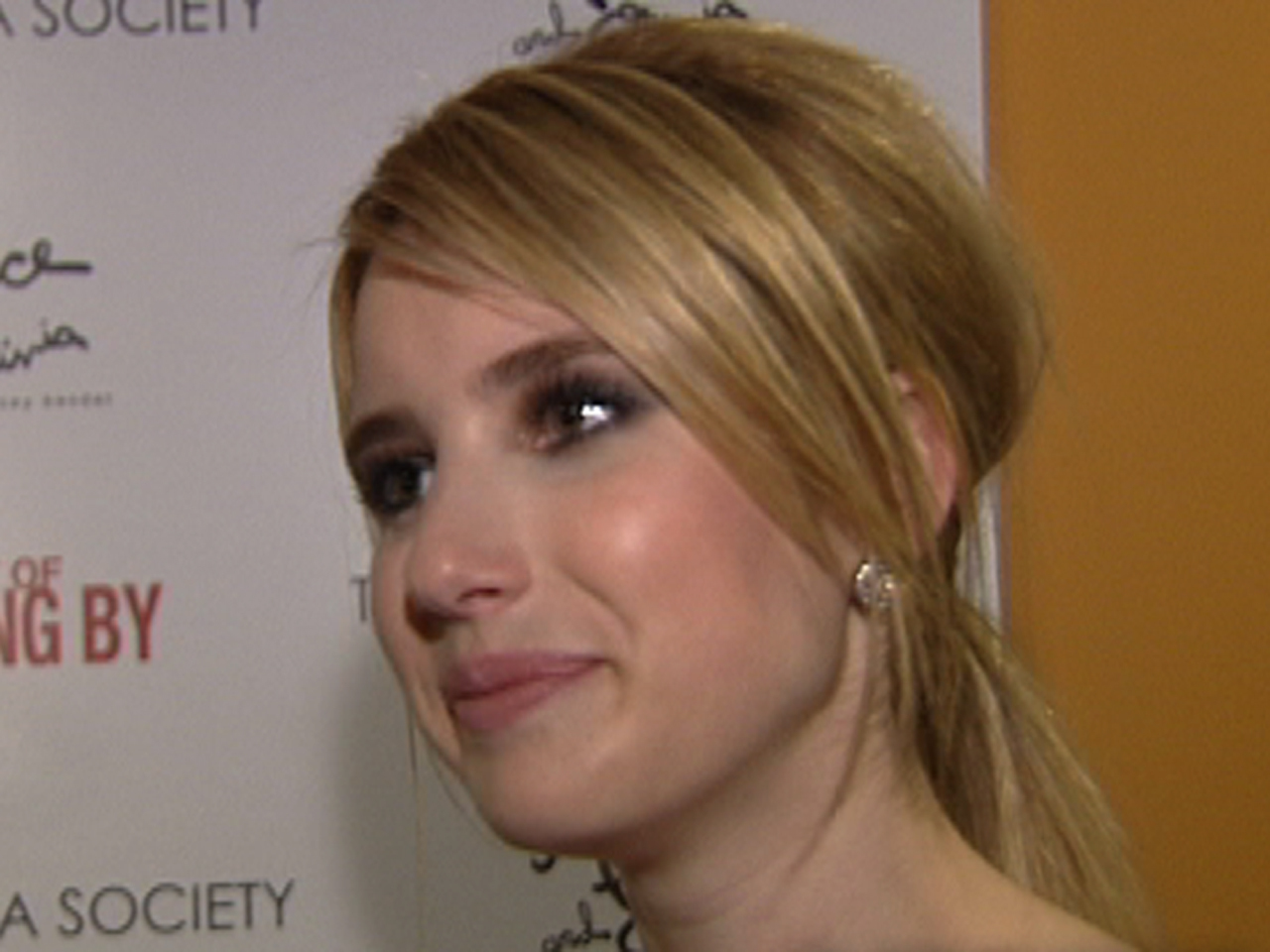 When we caught up with the 20-year-old actress on the New York red carpet for her latest film, "The Art of Getting By," Roberts told us that she doesn't really take career advice from her family.

"I mean I think it's important to choose...to make decisions for yourself," Roberts explained, "and that's part of growing up in any career you have. I think you need to know what you like and what you don't and how you want to build a career."

In "The Art of Getting By," Roberts stars alongside Freddie Highmore as two close friends who may cross the threshold into a romantic relationship together, a situation with which Roberts has experience.

"I've been there," the actress said. "And I've seen my friends be there. It's one of those things that I think it will never be an old story to tell because everyone's been through it."

With a resume that already includes starring roles in films such as "Nancy Drew" and "Scream 4," Roberts remains committed to forming her own path without the influence of her famous relatives.