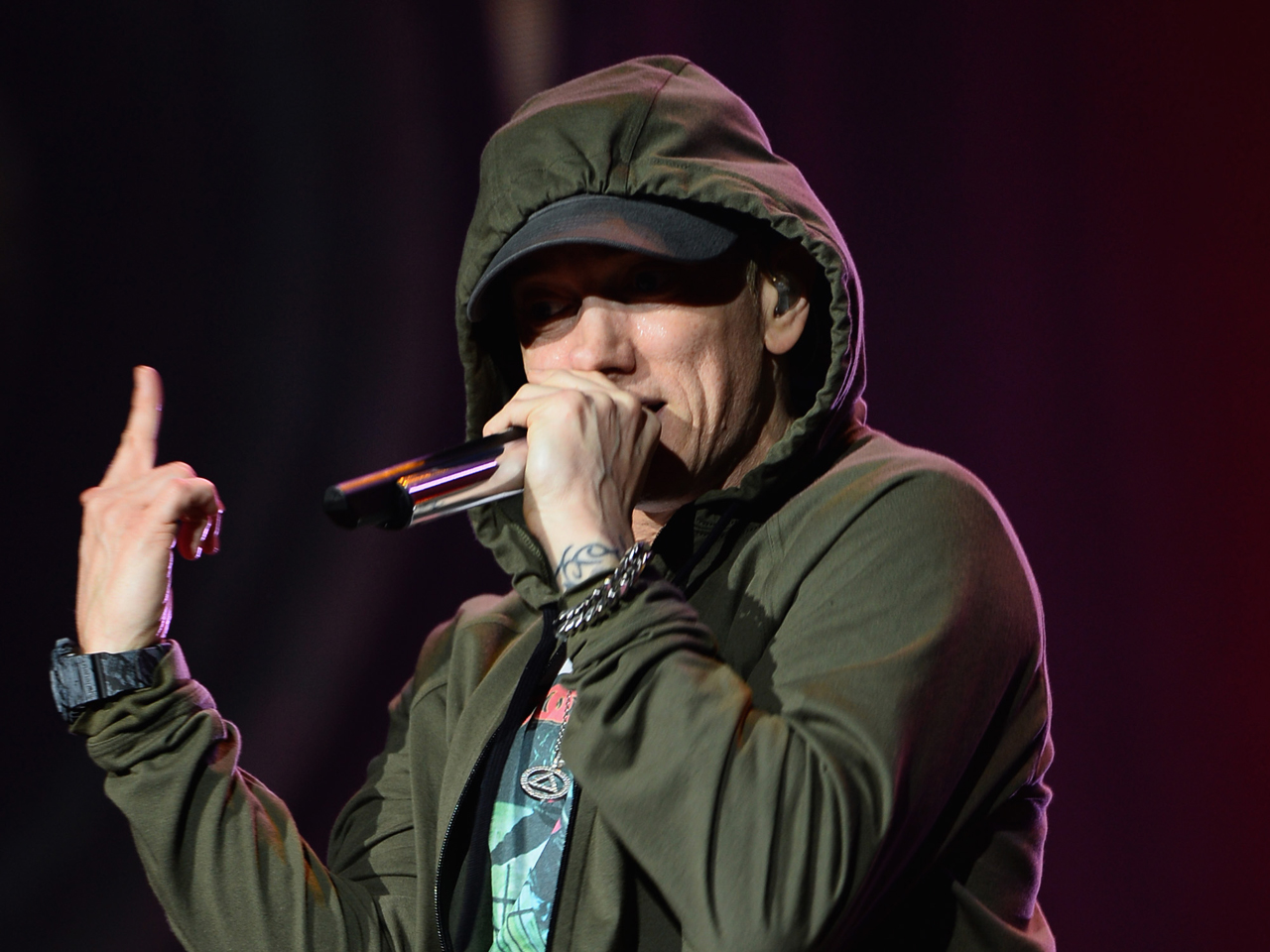 Eminem fired off four minutes of furious, expletive-riddled freestyle rap called "The Storm" at the BET Hip Hop Awards on Tuesday, blasting President Trump as a racist, among other things. He kicked off the rap, which was filmed in a Detroit parking lot, by saying "it's the calm before the storm right here," alluding to Mr. Trump's mysterious comments last week about how we are seeing "the calm before the storm."

"This is his form of distraction, plus he gets an enormous reaction when he attacks the NFL, so we focus on that instead of talking Puerto Rico or gun reform for Nevada or these horrible tragedies, and he's bored and would rather cause a Twitter storm with the Packers," Eminem rapped.

Eminem criticized Mr. Trump's NFL protest, his "endorsement of Bannon," "his support for Klansman," and Mr. Trump's "extravagant trips back-and-forth with his fam to his golf resorts and his mansions."

Eminem also hit on Mr. Trump's comments raising up a fist "for Colin" Kaepernick, highlighting the contrast between the president's criticism that the protests disrespected the military and his previous statements, in particular where he ridiculed Senator John McCain for being a prisoner of war.

"Now if you're a black athlete, you're a spoiled little brat for trying to use your platform and your stature to give those a voice to those to who don't have one," Eminem said. "He says you're spitting in the face of the vets who fought for us ... Unless you're a POW, whose tortured and battered, to him you're zeroes because he don't like his war heroes captured."

Eminem issued a stark message to his fans, exhorting them to pick sides.

"Any fan of mine who's a supporter of his, I'm drawing in the sand a line -- you either for or against," he said. After using an expletive, Eminem said "the rest of America, stand up."

Eminem's rap lit up Twitter on Tuesday night, with Colin Kaepernick writing "I appreciate you Eminem."