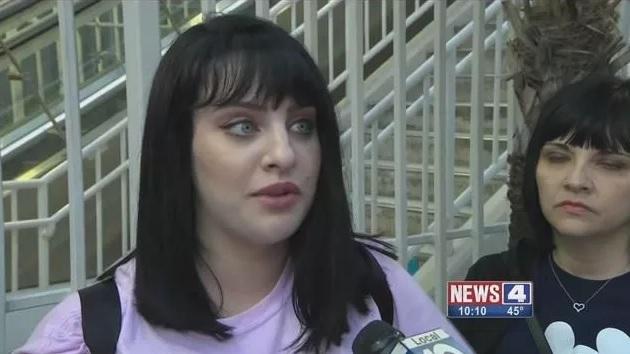 MIAMI -- Disney Cruise Lines prevented a Missouri woman from boarding one of its ships because she is 25 weeks pregnant. Emily Jackson and her family arrived in Miami last week after her doctor had cleared her to vacation aboard Disney Magic.

But Disney's policy does not allow women who are more than 24 weeks pregnant to sail out of safety concerns, and a doctor's note is not accepted.

CBS St. Louis affiliate KMOV-TV reports Jackson -- who was traveling with her family of 10 and has a baby boy on the way -- went through security and boarded the ship, but as they waited for room keys, crew members singled her out for being pregnant. When her family members complained, she says things got ugly. Jackson says a security guard with a gun allegedly intimidated her, scaring two of her children and laughing at their misfortune.

"I felt so bad because I felt like it was my fault that everybody couldn't go," Jackson told KMOV-TV. "They had the guy with a gun following us. They had the K-9 unit. So when they had to take both babies outside, wait almost two hours for our luggage outside in the heat, and both babies are red-faced. It was just terrible."

An armed police officer escorted the family from check-in.

"We had a terrible Disney experience," Jackson added.

Disney refunded the family for the cruise. But the company did not reimburse their expenses for plane tickets, according to KMOV-TV.

In a statement to the Miami Herald, Disney said its policy is stated on its website and in travel documents. The line said the Miami-Dade Police Department is responsible for security at the port and "handled the situation as they felt appropriate given the guest's actions."