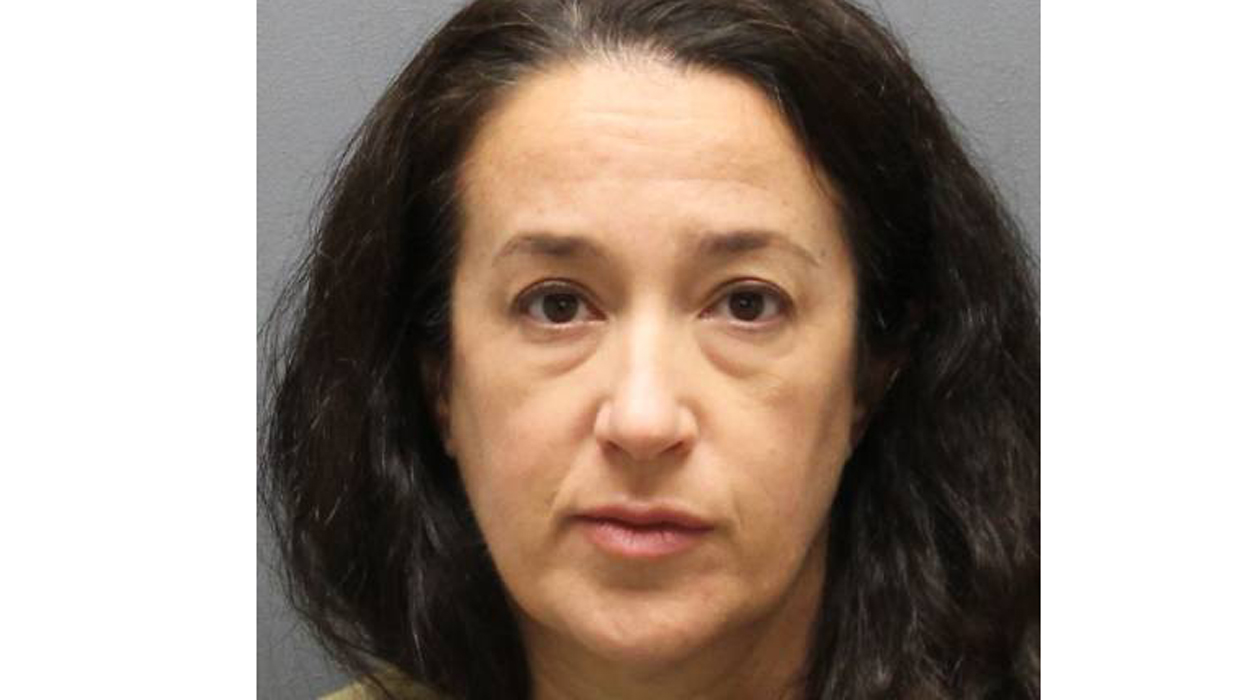 NEW YORK - A former senior psychologist with the NYPD has been arrested and charged with trying to kill her husband last year.

Emily Dearden, 46, of Yonkers, N.Y., turned herself in to authorities on Friday. She is charged with attempted second-degree murder.

The arrest comes just weeks after Emily Dearden's husband, Kenneth, 47, filed a lawsuit against her alleging she shot him in the back of he head as he slept last year so that she could be with her lover.

According to the lawsuit, which was filed in Westchester County, Kenneth Dearden,a prominent real estate developer, awoke at around 4 a.m. on Nov. 14, 2013 to a "searing pain in his jaw" and his pillow covered in blood.

Not realizing he had been shot, he made his way downstairs in the Yonkers, N.Y. home he shared with his wife, Emily, and their two daughters. He found his wife lying on the floor of their family room, with her eyes closed, claiming she had been hit on the head, the lawsuit says.

Police were called and when they arrived, Kenneth Dearden told them he thought an intruder broke into the house - something authorities were readily skeptical of since there were no signs of forced entry, the home alarm hadn't sounded and the family's dog hadn't reacted, the suit says.

It wasn't until Kenneth Dearden was transported to the hospital that it was realized he had been shot and authorities returned to the home to investigate further, according to the lawsuit.

Kenneth Dearden alleges in the suit that his wife was the perpetrator.

Dearden says she "failed to check on her children to make sure that they were safe" in the aftermath of the incident, and that "instead she chose to go downstairs to the basement alone," where pistols that were given to Emily by her parents were later found by police.

The lawsuit also says Emily Dearden chose to remain at the house while her husband was transported to the hospital, and when police returned soon after to further investigate, they found her washing the clothes she had been wearing. She also asked police if they had a warrant, according to the suit.

Furthermore, the lawsuit alleges Emily Dearden had been having an affair with a man from Texas named Warren David Roudebush and that he had flown to New York the day of the shooting. Emily met with Roudebush the next day before going to the hospital to see her husband, the suit claims.

Emily Dearden was being pressured by Roudebush to end her marriage so that they could be together, the lawsuit alleges. CBS New York reports Emily Dearden filed for divorce nine months after the shooting of her husband.

Emily Dearden was relieved of her position as a senior psychologist for the NYPD several months ago and was assigned to administrative duties. The NYPD said Friday that she was suspended following her arrest.

During her arraignment Friday, a judge set her bail at $150,000, which she posted immediately, and ordered her to stay away from Kenneth Dearden and their two daughters, reports the Journal News.