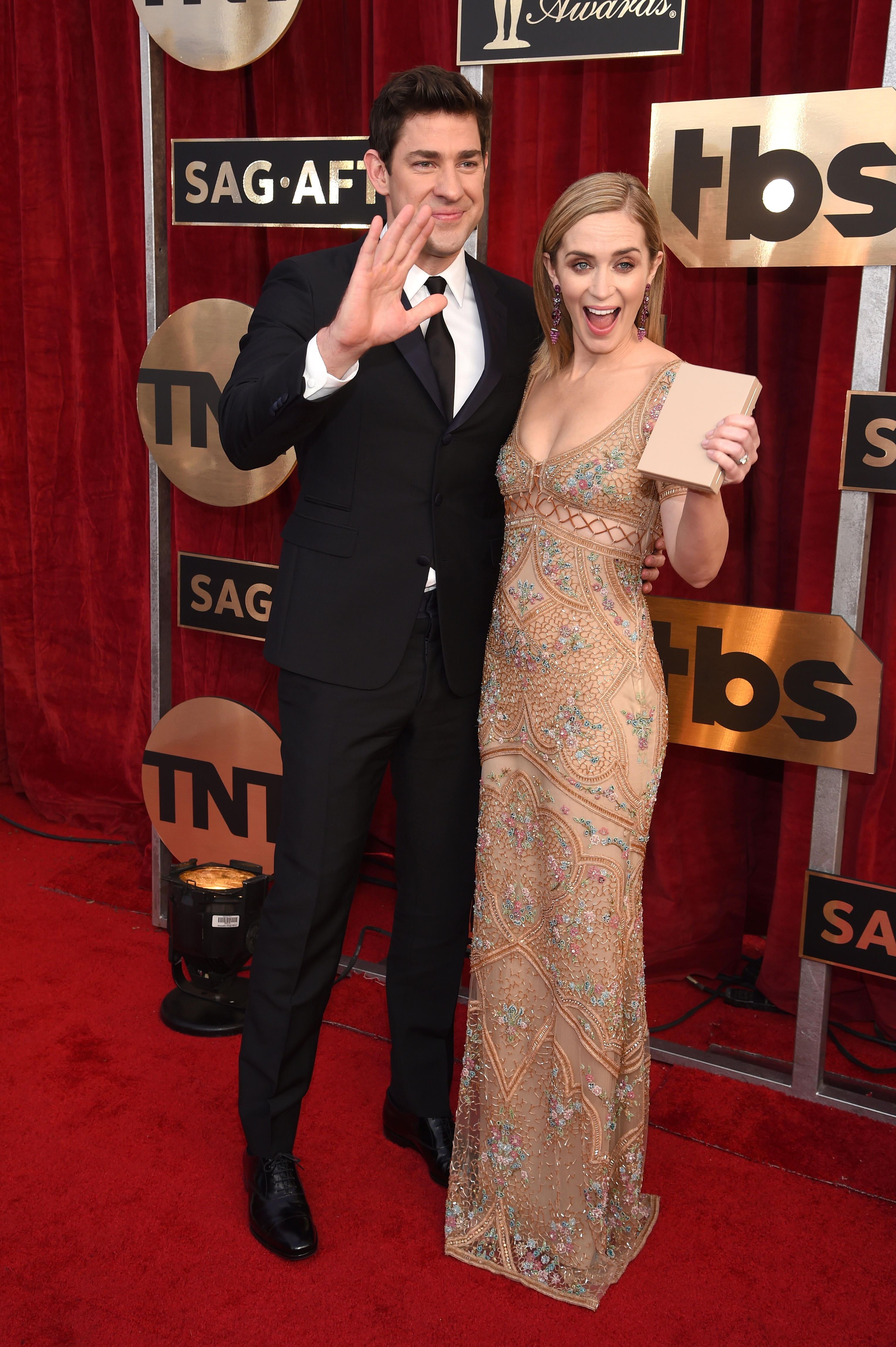 Emily Blunt and John Krasinski are typically all smiles on the red carpet, but they look quite distressed in their new movie together, "A Quiet Place." The first trailer for the film dropped today and looks terrifying.

"A Quiet Place" follows Blunt and Krasinski's characters, who are married with two children, as they try to live in silence in order to outwit "them." The tagline of the movie is "Listen closely, move carefully, and never make a sound. If they can't hear you, they can't hunt you."

The trailer shows the family as they move quietly around their run-down home and property, using sign language to communicate with each other and playing Monopoly with felt pieces. But as the children play their game, a lantern falls and shatters and a creature outside roars in response. The trailer closes out with the line, "Silence is survival."

Krasinski wrote the script with Bryan Woods and Scott Beck, and directed the film.

Watch the chilling trailer below.