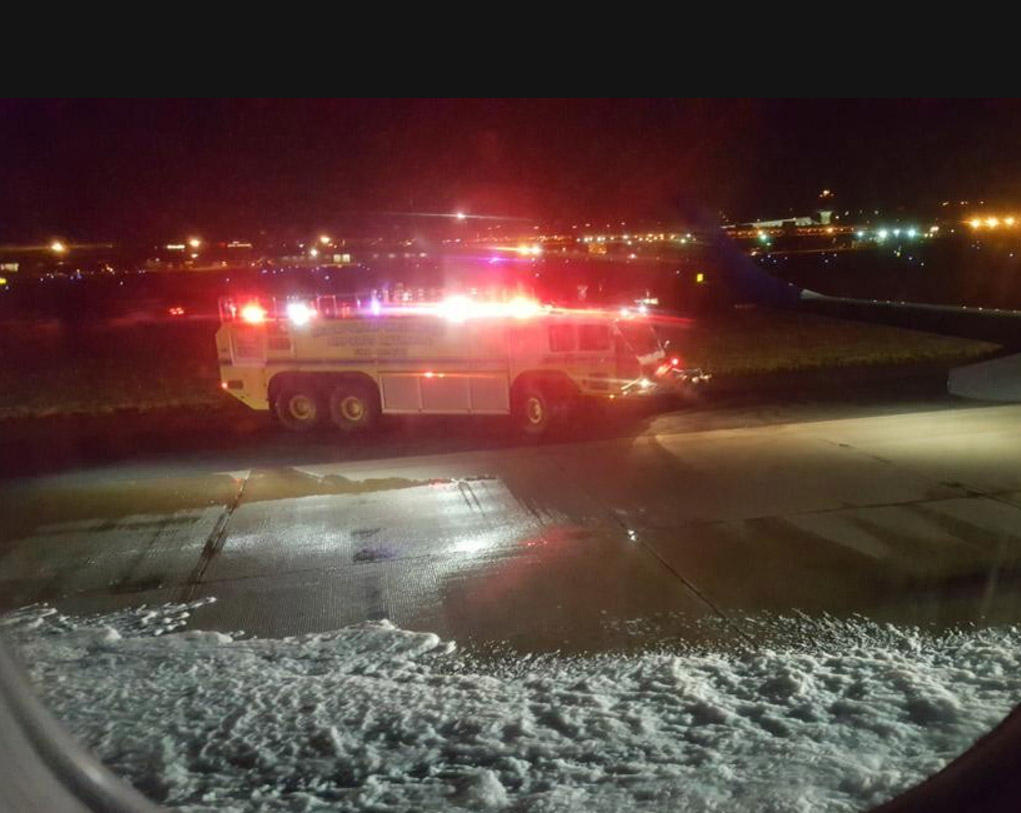 The Federal Aviation Administration says the pilot declared an emergency.

The plane landed safely at about 10 p.m., according to the Metro Washington Airports Authority.

The MWAA says its Fire and Rescue unit responded and spotted a fuel leak on the aircraft.

A mobile lounge transported all passengers from the plane to the gate, and they were put on another Jet Blue plane, the MWAA adds.

Some passengers said they heard a sound coming from the engine

The aircraft was an E190, the smaller of the two planes JetBlue flies, reports CBS News correspondent Kris Van Cleave reported. It was being inspected for damage early Thursday morning.