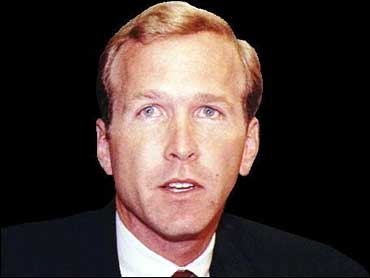 In the annals of embarrassing presidential relatives, Neil Bush is no Billy Carter or Roger Clinton.

But his messy divorce has produced some eye-opening disclosures.

Among them: He had sex with women who showed up uninvited at his hotel rooms in Asia; he had an affair and may have fathered a child out of wedlock; and he stands to make millions from businesses in which he has little expertise - including a computer-chip company managed in part by the son of former Chinese president Jiang Zemin.

It seems certain opportunities tend to present themselves when your name is Neil Bush.

For his part, Bush defended the fees he has received for consulting jobs. But he gave little insight into whether the women who offered him sex in Hong Kong and Taiwan were perhaps paid by mysterious benefactors.

In a deposition taken last March and reviewed by The Associated Press, Bush told the attorney for his wife of 23 years, Sharon, that the women did not ask him for money and he did not pay them anything.

Asked how he knew what to do when he opened his door and saw a woman standing there, the 48-year-old Bush replied: "Whatever happened, happened."

"It's a pretty remarkable thing for a man just to go to a hotel room door and open it and have a woman standing there and have sex with her," said the attorney, Marshall Davis Brown.

"It was very unusual," Bush replied.

Sharon Bush also accused Neil of fathering a child with the woman he now plans to marry. The woman's ex-husband has filed a defamation lawsuit, and DNA testing has been requested.

The titillating details have made barely a splash in Texas, where loyalty to the president runs deep. University of Texas government professor Bruce Buchanan said he doubts Neil Bush's shenanigans will become political fodder in the 2004 election.

"There are lots of examples of presidents with troubled siblings and it never seemed to have that much of an impact," he said.

It is not the first time Neil Bush has caused his family some trouble. At the end of his father's presidency, Neil was among a group of defendants who agreed to pay $49.5 million to settle a negligence lawsuit over the $1 billion collapse of the savings and loan he directed in Colorado.

Bush denied wrongdoing and was not charged in the grand jury investigation, but the U.S. Office of Thrift Supervision found Bush's conduct "involved significant conflicts of interest and constituted multiple breaches" of his fiduciary duties.

Bush has gone on to reap profits from other ventures. In the deposition, he said he hoped to receive an estimated $2 million for acting as a consultant to Grace Semiconductor Manufacturing Corp., co-founded by Jiang Zemin's eldest son.

"Now, you have absolutely no educational background in semiconductors, do you Mr. Bush?" Brown asked.

Bush recently told the AP he has "not received one penny of compensation" from Grace Semiconductor because he never did the consulting. He did not respond to a request for comment on his divorce proceedings.

Bush has focused most of his energy on Ignite Inc., an Austin-based educational software startup. So far, he has raised $23 million from investors, including Winston Wong, the other founder of Grace Semiconductor.

"Let's face the reality," Bush told the AP in 2002. "I probably have access to people who probably wouldn't meet with a development-stage company, but I feel I'm held to a higher standard."

Bush's tax returns, obtained by the AP, showed $357,000 in income from Ignite and at least $798,218 from three transactions involving the stock of Kopin Corp., a small U.S. high-tech company where he had previously been a consultant.

There is no evidence he has tried to enlist help from the president for any of his ventures. Bush spokesman Taylor Gross said the White House had no comment.

Still, said Rice University political science professor Bob Stein, "there is a family pattern here where the Bush sons - Jeb, Neil and George - have benefited tremendously by their connections through their father."

Currying favor with a relative of the president can "start to smell bad," said Steven Weiss, communications director for the Center for Responsive Politics, a nonpartisan group that tracks money in politics.

"I'm sure it has opened many doors for him, but it wasn't Neil out there trying to get them open," John said. "Neil would never do anything like that. That's not his style."

After Neil Bush severed his 23-year marriage to Sharon in May, he proposed last month in France to Maria Andrews, a former volunteer for former first lady Barbara Bush.

Sharon Bush's lawyer in the defamation case, David Berg, allowed the AP to review the deposition but said he did not have a copy of Sharon Bush's testimony. He would not make her available for an interview.